Being Tracked While Reporting in China, Where ‘There Are No Whys’

Times Insider explains who we are and what we do, and delivers behind-the-scenes insights into how our journalism comes together.

It took four days in Kashgar, China, for the secret police to get access to my dreams.

I wish I were exaggerating, but when you get followed every waking step, it’s hard not to dream about it.

I was in Kashgar to report on how the Chinese authorities had turned to technology to cement their control of the Xinjiang territory, a region in the west of the country. Foreign journalists who travel there are tracked. I became one of the watched.

When I was wide awake, my followers were by turns menacing and buffoonish. There were seven of them, and they took down the information of anyone I spoke to, making it too dangerous to interview residents. The police stopped me many times a day at checkpoints, demanding to look through my phone and often deleting photos and videos. At times, angry officials turned me around and prohibited me from visiting certain areas.

They stayed in the hotel room across the hall from mine. The smell of their cigarettes wafted through the air ducts. They kept close as I walked down alleyways. One day I took them nearly 19 miles without stopping for food. The next day they showed up with a bike. When a sandstorm hit and I stayed out, they bought face masks and kept up. They’d linger at the urinals during bathroom pit stops, waiting for me.

All of this is nothing compared to what Uighurs in Xinjiang face each day. Over the past two years, the Chinese authorities have locked up in re-education camps hundreds of thousands of Uighurs, a Turkic Muslim minority whose separate culture and sometimes violent resistance to Chinese rule have long unsettled Beijing. Those not locked up live in a world of constant surveillance.

Chinese authorities have made the story a huge challenge to cover. Their constant following makes true reporting almost impossible. In Kashgar, the best I could do was take photos and videos and hope police wouldn’t delete them.

Once a bustling Silk Road entrepôt famed for its markets, the city of Kashgar now resembles a prison. Hospitals, schools and parks are swathed in coils of barbed wire. Restaurants and stores sit behind metal bars.

To get just about anywhere in the city you have to pass through checkpoints. A green channel allows tourists and Han Chinese to forgo the ID checks, but Uighurs must submit. My seven followers, all Uighurs, were often stopped. A quick flash of a badge allowed them to proceed. 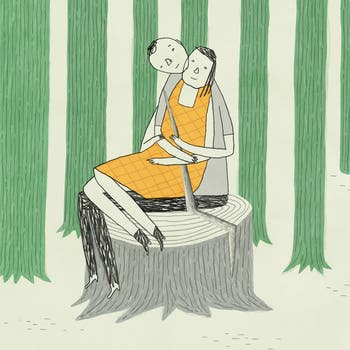 I Had to Do It Without Telling My Beloved 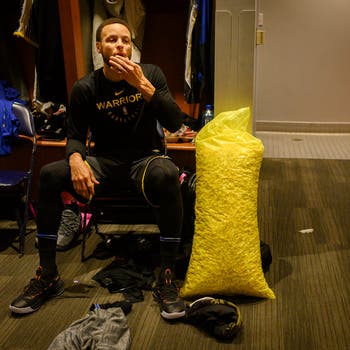 Stephen Curry Has a Popcorn Problem 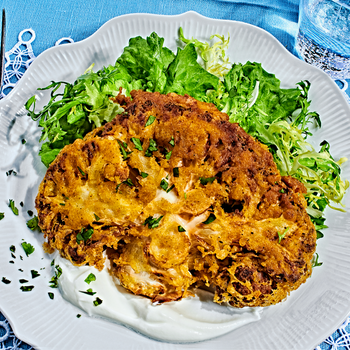 The Secret to Fried Cauliflower That Is Savory Yet Light

A decade ago, much of the mud-brick old city was leveled and rebuilt. Authorities said it was to guard against earthquakes. Roads and alleyways were widened, making patrolling easier. The rebuilding continues today. At one of the only remaining original spurs of the old town, residents had been moved out and earthmovers chipped away at historic houses. This last island of old Kashgar will soon disappear.

On the neighborhood’s edge, I ran into a woman who appeared to be squatting in an abandoned structure. Her bereft expression said about everything there was to say about the tragedy of Xinjiang. Just after I took her picture, two Chinese tourists shouted at her in Mandarin, an attempt to get her to look at their cameras. When she turned her head away and hid it in her hands, they laughed.

Eventually, my colleague Chris Buckley joined me. We hired a car and tried to explore the surrounding area. By early morning, a trip to a nearby village was stalled by a staged car accident.

Three cars, all facing the same direction, their undamaged bumpers barely touching, blocked the road. The drivers stood around, mute — until we remarked that they didn’t seem to be upset. Suddenly tempers flared. They raised their arms, pointing at each other and shouting. We were advised that it would be a while and that we should turn around. In minutes, the road cleared.

Another time, a police officer stopped us close to our hotel. Inspecting Chris’s photos, he deleted a shot of a camel. When Chris asked why that photo was deleted, the man turned to Chris and said, “In China, there are no whys.”

It was good advice. As we pulled down another road in search of a re-education camp, a car sped in front of us, cut us off, and stopped. Men jumped out unfurling a spike strip directly in front of our car.

Each evening as we returned to our hotel, we would pass a boarding school surrounded by tall fences topped with barbed wire. Socializing in clusters in the twilight, the adolescent students looked very much like prisoners.

How they came to be there was impossible to discern and we couldn’t safely ask them. With the followers on our heels, any contact would be dangerous. Often we were left with the painful necessity of remaining remote, even when locals tried to be friendly.

The inability to ask anything inflected everything with questions. One of the few Uighur-language books for sale at the state-run bookstore was a translation of Nelson Mandela’s autobiography, “Long Walk to Freedom.” Was it a trap set for brave readers? I’m not sure anyone would dare to find out.

A picture caption with an earlier version of this article referred incorrectly to the number of surveillance cameras in Shanghai. There are about 200 million such cameras in China, not in Shanghai alone.

Follow the @ReaderCenter on Twitter for more coverage highlighting your perspectives and experiences and for insight into how we work.

A version of this article appears in print on April 16, 2019, on Page A2 of the New York edition with the headline: Where ‘There Are No Whys’. Order Reprints | Today’s Paper | Subscribe

How China Turned a City Into a Prison