A loss to Chinese authoritarianism would set a frightening precedent for the world.

Mr. Ai is an artist who was imprisoned by the Chinese government. 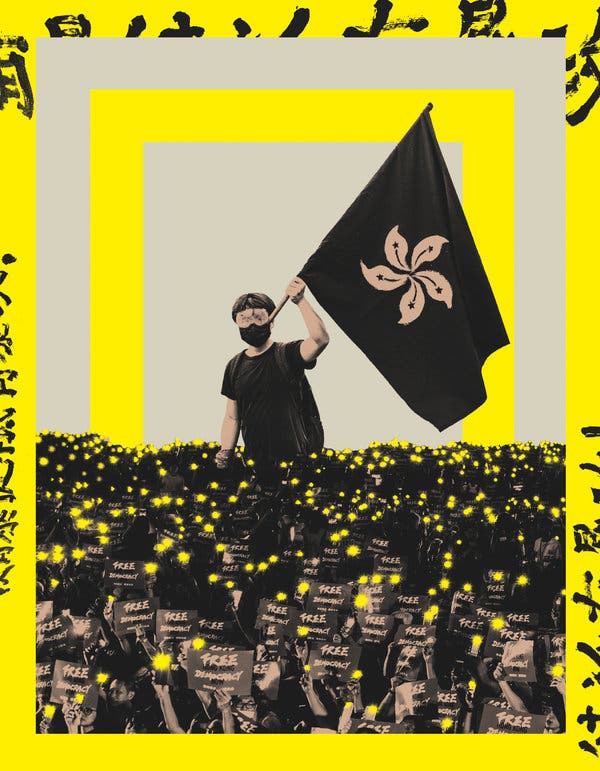 June 29. A 21-year-old woman writes something on the wall of a public housing stairwell in Fanling, a working-class suburb of Hong Kong:

Dear Hong Kong people: Our struggle is taking time, so we must guard that our will not wilt. We must insist that the bill be completely withdrawn, that the government’s slander of our protests as “riots” be rescinded, that detained protesters be released, that Carrie Lam step down, and that the police be severely punished. My wish is to use one small life in support of these demands, which come from two million of you!

The message is painted in red, in an unsteady hand. The lines droop at their ends, as if determined but exhausted. Ms. Lo Hiu Yan then throws herself from the stairwell opening to the ground outside. Her wish is realized.

On June 9, about a million people in Hong Kong demonstrated against a Beijing-sponsored “extradition bill” that would allow citizens of Hong Kong to be sent to the People’s Republic of China to stand trial. On June 16 another protest drew an estimated two million — more than a quarter of the city’s population. A majority of protesters were in their teens or 20s. The size, ideals and good order of the demonstrations drew admiration from around the world. But in the end the Hong Kong police used tear gas, rubber bullets and arrests to disperse the protesters. The government called them “thugs.”

On July 1, yet another demonstration, this one observing (essentially, bemoaning) the handover of Hong Kong from Britain to China 22 years earlier, drew more than 100,000 protesters, a few of whom broke into the city’s legislative council building.

Should we wonder why the young people of Hong Kong are doing such things? To the world, the British handover of Hong Kong might seem only a footnote to history. To those young people, though, a return to China means everything.

David Leonhardt helps you make sense of the news — and offers reading suggestions from around the web — with commentary every weekday morning.

What do they see in China today? A factory for the world, to be sure. China has much more wealth and influence than it had three decades ago. Its economy interlocks with the world’s, and it aims to extend its reach through an ambitious “Belt and Road Initiative.” But its wealth was built on the backs of low-wage labor by rural migrants, unprotected by safety regulations, unions, a free press or rule of law.

Political power in China operates in ways that resemble the underworld. The strengths of the system are the speed and efficiency of its governing machine, which is well oiled by corruption, protected by a vast police system and has no competitors. Human beings? They are but its cogs. If humans have other wants or needs — like independent thinking, free expression or personal happiness — well, those are things for our rivals, the Western democracies, to pursue. The West’s production model is less efficient than ours. Ours has “Chinese characteristics.”

At root, the confrontation with the West is not about trade. It is about two fundamentally incompatible political systems, two different understandings of what modern civilization is. The Chinese government’s model of human sacrifice in service of the wealth and power of the state (and of the super-elite) inevitably conflicts with democratic ideals. Western governments and businesses that piggyback on China’s system in search of their own profit should remind themselves: To know that your actions harm human dignity and to go ahead and continue them anyway is the essence of iniquity.

The youth of Hong Kong, who have grown up well informed by the internet, are keenly aware of the stark alternatives before them. They are accustomed to freedom, personal rights and access to information. They know what they want, what they are defending and the nature of the opposition they face. They have watched the freedoms of Hong Kong — in the media, education, housing, commerce and elsewhere — slowly slip away, and they know that the Communist Party stops at nothing in pursuing its interests.

Hong Kong’s legal autonomy, which is at stake in the extradition bill, seems to them perhaps the last autumn leaf on their tree before a harsh winter sets in. They know what that winter looks like: arbitrary arrest, secret detention and contempt for facts, fairness and justice. Lose the present battle and all will be lost, they feel. Lose and they, like people in Tibet, Xinjiang and the mainland democracy movement, will live under persecution and attack and have no recourse.

Young people in Hong Kong are aware, too, that theirs is not just a local struggle. They know that Hong Kong, with its habits of civil freedoms inherited from British rule on one side and its confrontation with China’s dictatorship on the other, is a laboratory for the world. Will — can? — a free populace that wishes to remain free be annexed by an authoritarian machine? That precedent would be a nightmare for the world. And perhaps a turning point.

Pushed to their limit, as they saw it, Lo Hiu Yan and at least three other young Hong Kong citizens have taken their own lives.

If the recent protests had taken place in Shenzhen, Shanghai or Beijing, the regime would have used lethal force, as it did 30 years ago in Beijing when troops with tanks and machine guns massacred pro-democracy demonstrators armed with nothing more than rocks, bricks and their courage. For now, “one country, two systems” still makes a difference in Hong Kong. But the Chinese foreign ministry has repeatedly warned Britain to stay out. Hong Kong is not your business, it says. We are sovereign. We do as we see fit.

China is not alone in wanting to avoid “trouble” in Hong Kong. Many people in Western government and business circles who profit from the Chinese system of oppression concur. Hong Kong is a hub of this system, and both sides stand to lose if Hong Kong’s role is damaged or lost.

One reason I empathize with people in Hong Kong is that I have been subjected to the kind of tactics that they fear. In 2011, plainclothes Chinese police, acting outside the law, grabbed and blindfolded me, and took me to a secret location. I could not contact my family (and they were not notified), and I had no lawyer. I felt a sudden loss of confidence and self-respect, a frightening sense of isolation and a loss of faith in society. In short I felt as if I had fallen into a deep black hole. What would come to me next would be mine alone to suffer. Alone. 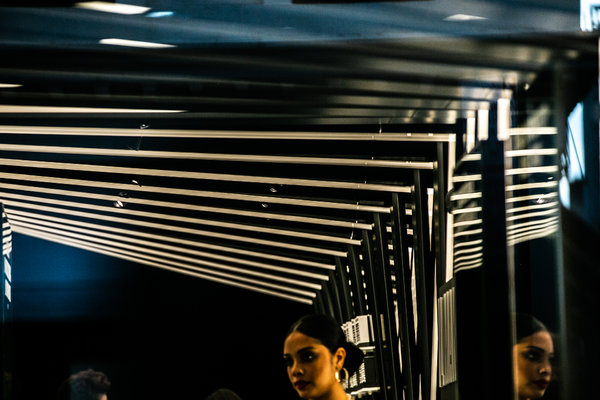 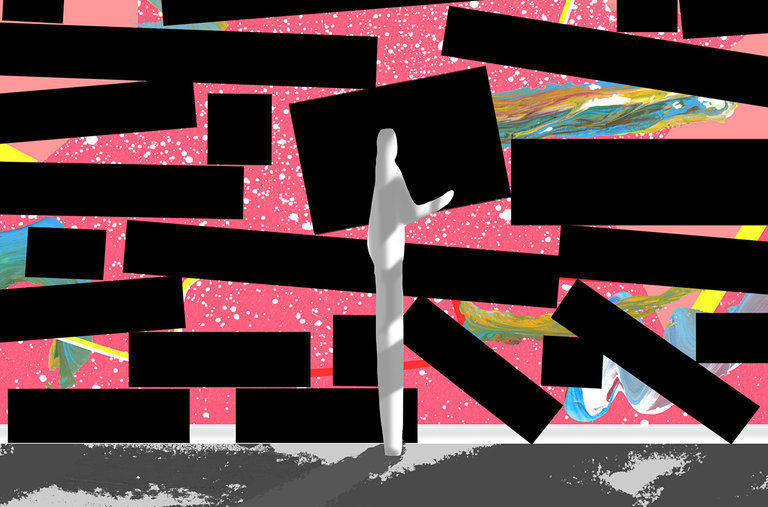 I was abducted because I was raising uncomfortable questions with my art. I was asking, for example, how many children died in the 2008 Wenchuan earthquake when their shoddily constructed school buildings collapsed. What was in their backpacks — and their minds — when they died? To a regime protective of its power, questions like these amount to subversion of the state. The consequence for me was a beating that nearly cost my life.

I feel a duty to speak out because the young people of Hong Kong need to know that their fears of an encroaching authoritarian Chinese state are well founded: The Beijing-appointed officials in Hong Kong will sell out the region’s precious freedoms the moment they are instructed to do it. Hundreds of imprisoned dissidents in China would be telling them this if they could. Muzzled, they cannot.

Some are asking: Can the Hong Kong protesters win? My answer is that if they persist, they cannot lose. This is a struggle over human values — freedom, justice, dignity — and in that realm the Hong Kong people have already won. Yes, if they give up, then the machine will take over. But while a brutal dictatorship might outlast them, it can never “win.” It is human nature to have ideals and to put them into action. A dictatorship cannot change those facts. Its defeat is only a matter of time.

Translated from the Chinese by Perry Link.

Ai Weiwei is an artist and the author of the book “Humanity.”