Finland, ‘Prepper Nation of the Nordics,’ Isn’t Worried About Masks

Unlike their neighbors, the Finns never stopped stockpiling after the Cold War. Now Finland sits on an enviable supply of medical and survival gear in the Covid-19 era. 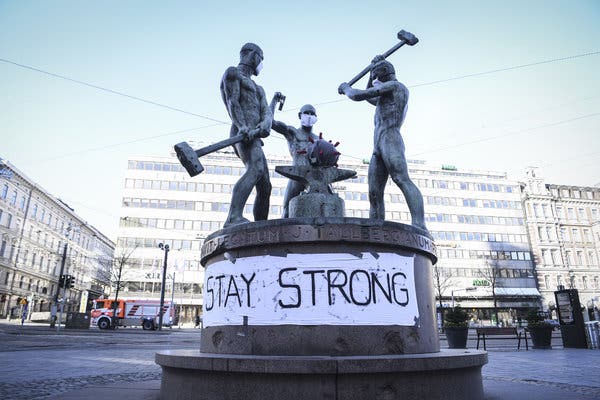 The Three Smiths Statue in Helsinki, Finland,  wore masks last week amid the coronavirus pandemic. The country has tapped into its stockpiles to fight the outbreak. Credit...Kimmo Brandt/EPA, via Shutterstock

STOCKHOLM — As some nations scramble to find protective gear to fight the coronavirus pandemic, Finland is sitting on an enviable stockpile of personal protective equipment like surgical masks, putting it ahead of less-prepared Nordic neighbors.

The stockpile, considered one of Europe’s best and built up over years, includes not only medical supplies, but also oil, grains, agricultural tools and raw materials to make ammunition. Norway, Sweden and Denmark had also amassed large stockpiles of medical and military equipment, fuel and food during the Cold War era. Later, most all but abandoned those stockpiles.

But not Finland. Its preparedness has cast a spotlight on national stockpiles and exposed the vulnerability of other Nordic nations.

When the coronavirus hit, the Finnish government tapped into its supply of medical equipment for the first time since World War II.

“Finland is the prepper nation of the Nordics, always ready for a major catastrophe or a World War III,” said Magnus Hakenstad, a scholar at the Norwegian Institute for Defence Studies.

Though year after year Finland has ranked high on the list of happiest nations, its location and historical lessons have taught the nation of 5.5 million to prepare for the worst, Tomi Lounema, the chief executive of Finland’s National Emergency Supply Agency, said on Saturday.

“It’s in the Finnish people’s DNA to be prepared,” Mr. Lounema said, referring to his country’s proximity to Russia, its eastern neighbor. (Finland fought off a Soviet invasion in 1939.)

In addition, most of its trade goes through the Baltic Sea. That, Mr. Lounema said, is considered a vulnerability because, unlike Sweden, which has direct access to the North Sea on its west coast, Finland has to rely on the security conditions and the running of maritime traffic in the Baltic.

“If there is some kind of crisis, there might be some disturbance” in the supply chain, he explained.

Two weeks ago, as the country’s coronavirus cases ticked up — by Sunday, the country had recorded more than 1,880 cases and 25 deaths — the Ministry of Social Affairs and Health ordered that stored masks be sent to hospitals around the country.

“The masks are old — but they are still functioning,” Mr. Lounema said by phone.

There is little publicly available information on the number of masks and other supplies that Finland has or where exactly they are stored.

“All information considering those warehouses is classified,” Mr. Lounema said.

But though details are kept a state secret, the authorities confirmed that the stockpiles are kept in a network of facilities spread across the country and that the current system has been in place since the 1950s.

That has placed Finland in a more solid position to confront the pandemic.

As officials in other countries like the United States lament the shortage of masks, ventilators and gowns and the global coronavirus cases increased to more than 1.2 million by Sunday, with more than 64,000 deaths, tales abound of international skulduggery and domestic price gouging. Nations are competing for medical supplies and racing to create a vaccine. 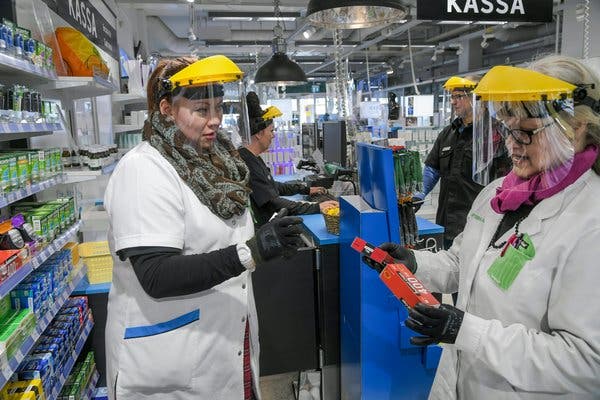 Workers in protective clothing at a pharmacy last week in Vantaa, Finland.Credit...Markku Ulander/Lehtikuva, via Associated Press

French officials said they were outbid at the last minute by unknown American buyers for a stock of masks on the tarmac of a Chinese airport.

And German officials previously said the Trump administration had attempted to persuade a local firm developing a possible coronavirus vaccine to move its research to the United States, where presumably any inoculation would be available first.

Sign up to receive our daily Coronavirus Briefing, an informed guide with the latest developments and expert advice.

Perhaps in response to the threat of shortages, the European Commission, the executive branch of the European Union, announced on March 19 that it was creating its first ever stockpile of medical equipment “to help E.U. countries in the context of the Covid-19 pandemic.”

VOCABULARY OF CONFUSION
“Lockdown”? “Peak”? Many countries use the same terms to mean different things. Here are some examples.

When the medical device company Mölnlycke Health Care, based in Gothenburg, Sweden, tried to send masks and rubber gloves several weeks ago to desperate hospitals in Italy and Spain from its central storage center in Lyon, France, it was blocked by France’s export ban.

“It’s very disturbing; nothing that is sent into France can be sent out of the country,” Richard Twomey, the chief executive of Mölnlycke Health Care, told the Swedish public broadcaster Sveriges Radio.

One French newspaper described the conflict between the Swedish producer and the French authorities as the “War of masks between Sweden and France.”

On Saturday, however, Sweden’s foreign minister, Ann Linde, said on Twitter that after pressure from Sweden, France had finally relented on the export restrictions on masks from Mölnlycke. It was “very important that the internal market works even in times of crisis!” she said. 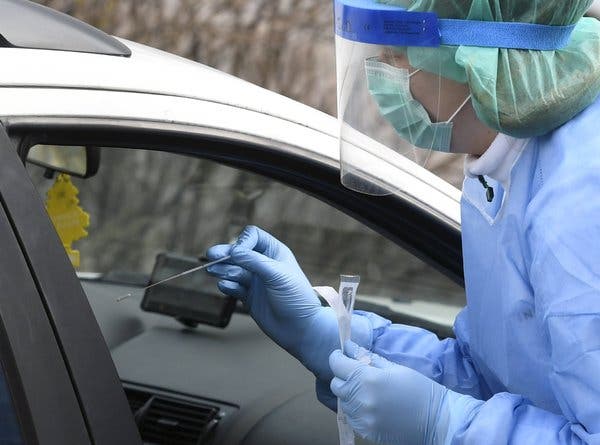 In Sweden, which has been accused of moving too slowly in its anti-coronavirus measures, supplies were diminished over the past three decades because of a shift in thinking after the Cold War, according to Fredrik Bynander, director at the Center for Societal Security at the Swedish Defence University.

“The ‘eternal peace’ had arrived, and we no longer were going to need these stockpiles,” he said, adding that the government saw an opportunity to sell them, including the medical and health supplies.

Sweden’s accession to the European Union in 1995 also played a part. Since then, the Swedish health and medical care system has been built around “just in time” deliveries, with hospitals stocking supplies to last only two or three days, said Anders Melander, an analyst with the Swedish Defence Research Agency.

“We expected with the free market we would always be able to purchase what we needed,” Mr. Melander said by phone.

The privatization of the state pharmaceutical monopoly in 2009 also increased Sweden’s vulnerability. Until then, the government pharmacy had maintained the country’s supply of medicine for times of crisis. No agency took over responsibility for national stockpiles afterward. 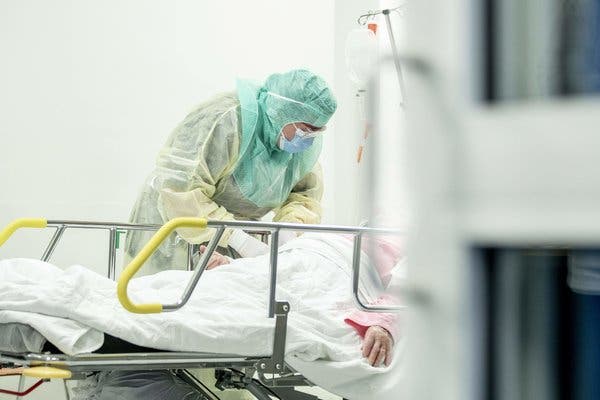 A nurse taking a blood sample of a patient potentially infected by the novel coronavirus on Friday in Turku, Finland.Credit...Roni Lehti/Agence France-Presse — Getty Images

“It’s not really a great plan,” Mr. Melander noted. “It’s like saying: ‘I don’t have to have a fire extinguisher. I can run out and buy a fire extinguisher when the fire starts.’ It shows that this free market is only free when everything is fine.”

The Swedish public service broadcaster SVT Nyheter reported on Sunday that hospitals were running out of the anesthetic Propofol, a drug used during surgery and, in some cases, to treat Covid-19 patients on ventilators.

But though Sweden may have neglected the country’s stockpiles, it has encouraged residents to create their own private stores. The recommendations in the brochure “If Crisis or War Comes,” delivered to residents’ mailboxes almost two years ago, covered food, water, warm clothes and candles, and encouraged stocking up on hand sanitizer and extra medicine.

Norway used to be more resilient and equipped to be self-sustaining in a national crisis, according to Leif Inge Magnussen, associate professor of leadership at the University of Southeastern Norway. But a risk analysis last year by the Norwegian Directorate for Civil Protection concluded that pandemics and medicine shortages were key concerns, he said.

Audun Haga, director of the Norwegian Medicines Agency, said the country could exhaust supplies of essential medicine within weeks, since much of it comes from China, which is only just beginning to reopen its factories.

Some Nordic countries that have not prepped like Finland are scrambling for alternatives to reorganize domestic production of medical supplies.

In Norway, the medical equipment company Laerdal and a partner promised to deliver 1,000 emergency ventilators by the end of May.

In Denmark, the pump manufacturer Grundfos made a prototype for protective gear within 36 hours after a government call for aid.

In Sweden, laid-off employees at Scania, which manufactures commercial vehicles, have been sent to work with a company that makes ventilators. And the vodka-producer the Absolut Company said it was donating ethanol for disinfectant production.

A German Exception? Why the Country’s Coronavirus Death Rate Is Low
April 4, 2020 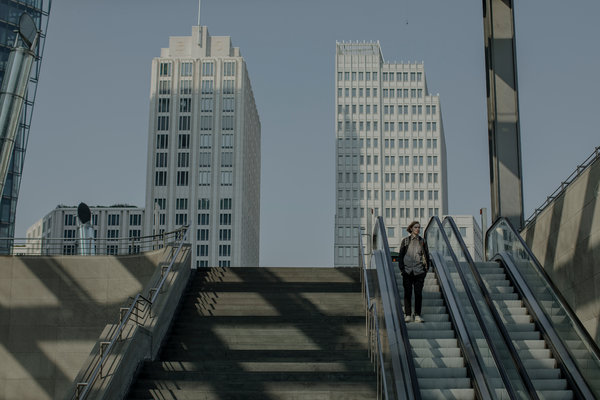 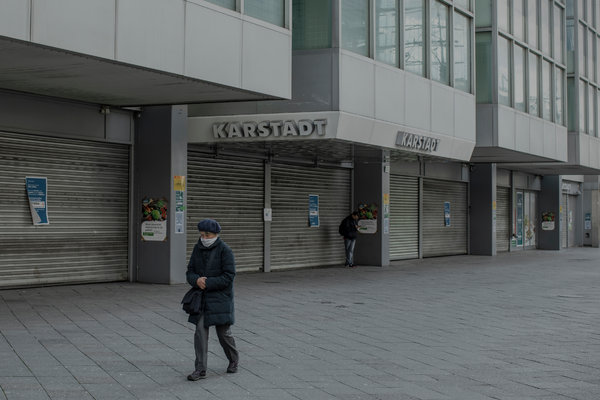