are care homes the dark side of Sweden’s coronavirus strategy? 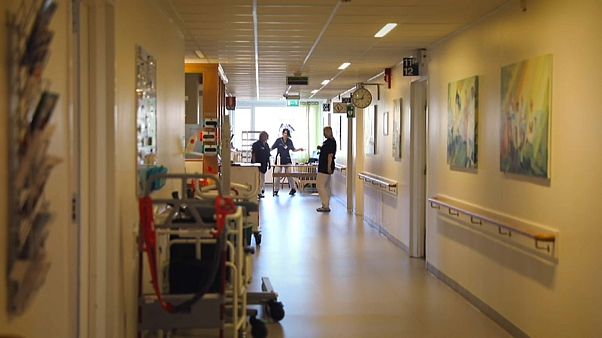 Care homes in Sweden have come under the spotlight for their high number of COVID-19 deaths.

Figures from the Public Health Agency show almost half of all fatalities linked to coronavirus have happened in residential homes.

Some health care workers say a reluctance to send patients to hospital has cost lives.

It’s not a phenomenon limited to Sweden. Residents of nursing homes also account for a large share of fatalities in countries like France, Spain and Ireland.

But Sweden hasn't applied the same stringent lockdown measures that many other European Union countries have, and that’s drawn both attention and criticism.

Now the death toll in care homes may be showing the limits of the country’s relatively relaxed approach to coronavirus containment measures. Compared to its Nordic neighbours, Sweden's death toll is more than three times that of Denmark, Finland, and Norway.

What may have gone wrong?

A couple of factors could be at play, according to Euronews journalist Per Bergfors Nyberg.

He said people working in nursing homes don’t have the same level of education and training as those working in hospitals.

Many of them tend to come in and out of these jobs, and there are suspicions that some entered their jobs without receiving proper medical training or proper protective gear.

Workers may also have moved between patients who might have been infected and others who were not, contributing to the spread of the virus.

Some Swedish citizens have also accused authorities of not providing elderly residents with the medical help they may have needed.

“I just spoke to a young couple who lost an uncle and they said they called the government, the local authorities and the nursing home, and begged them to send him to hospital and they just declined,” Per said.

Instead, they were told their uncle would be taken to a care home for terminally-ill people. Six days later, he was dead.

You can watch Per’s update in the video player above.

Sweden's coronavirus strategy: Is the older generation paying the price?