OK, ADIOS THEN: Cecilio Madero Villarejo, a deputy director general for competition in the Commission, announced his retirement in a meeting with the department’s senior management on Monday, two officials told Playbook. The step had been foreseen for this fall, regardless of both his recent rant against the Spanish government and of unfulfilled ambitions to get rid of the “deputy” in his title. According to one official present, Madero Villarejo announced he will not work on any Spanish case ever again.

DIPLOMATIC INCIDENT: The Commission distanced itself from a highly unusual broadside attack on the Spanish government by one of its very senior officials, with a spokesperson for the Commission saying on Tuesday that Cecilio Madero Villarejo “did not seek authorization” for a letter he wrote (https://www.abc.es/archivo/periodicos/abc-madrid-20200526-14.html?utm_source=POLITICO.EU) to the editor of ABC newspaper. “He published this letter as a private citizen,” the spokesperson said.

It’s better that way, for the sake of inter-institutional relationships. Madero Villarejo has been a deputy director general in the competition department since 2011, first for antitrust and since March for mergers — both among the most powerful positions the EU’s civil service has on offer.

Fighting words: In the letter, Madero Villarejo accused the PM of “manifest incompetence” in economic matters, suggested he may “suffer some kind of mental disorder,” or otherwise his actions would place him “in the realm of criminal law,” and called on Sánchez to immediately resign.

For the record: The Commission spokesperson said Madero Villarejo’s letter “does not reflect the Commission’s official position.”

The Commission on Tuesday distanced itself from an outspoken attack by one of its most powerful officials on the Spanish government's management of the coronavirus crisis.

Last week, Cecilio Madero Villarejo, who since March 1 has been deputy director general for mergers in the Commission's department for competition, published a strongly-worded critique of Spanish Prime Minister Pedro Sánchez in the ABC newspaper, charging him with "manifest incompetence" in economic matters.

The piece also called his alliance with Deputy Prime Minister Pablo Iglesias "a Bolivarian court of miracles," suggested he may "suffer some kind of mental disorder," or otherwise his actions would place him "in the realm of criminal law," and called for his immediate resignation.

The attack, both for its tone and content, is highly unusual, particularly coming from a Commission heavyweight, who has been at the forefront of the antitrust showdown with Google.

EU staff rules maintain that the institutions' personnel should exercise freedom of expression "with due respect to the principles of loyalty and impartiality" and for any publication related to "any matter dealing with the work of the Union."

A spokesperson for the Commission on Tuesday confirmed that "Mr. Madero did not seek authorization. He published this letter as a private citizen."

Related stories on these topics: 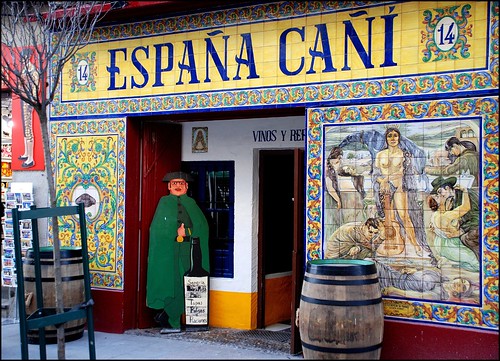