EL PAÍS has had exclusive access to a statement made in 2018 by businesswoman Corinna Larsen, who is being investigated over money-laundering allegations in connection with a transfer made by former monarch Juan Carlos I 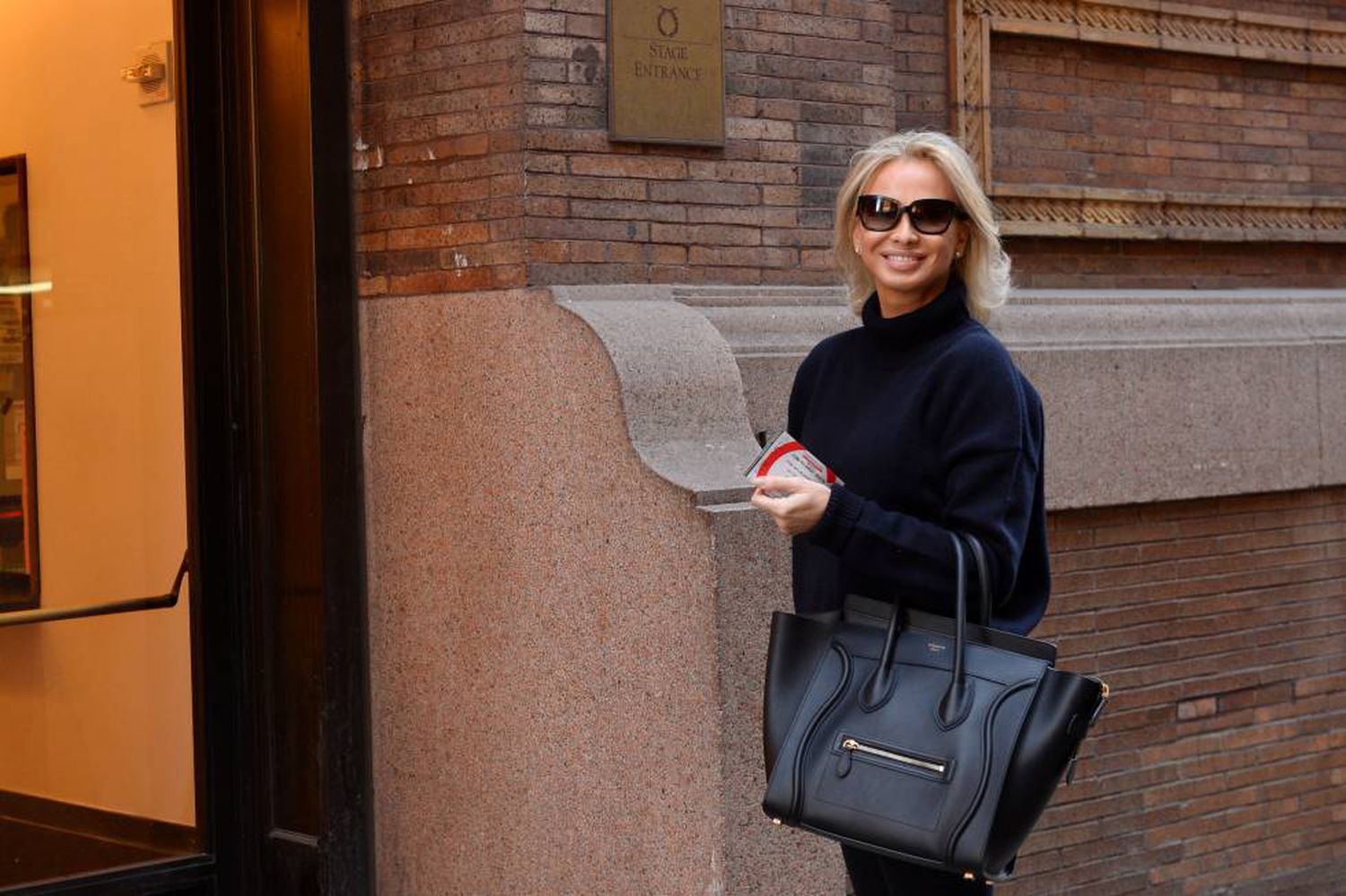 Corinna Larsen, a former friend of Spain’s emeritus King Juan Carlos I, told the Swiss justice system that the one-time monarch made her a transfer of €64.8 million in 2012 “not to dispose of the money,” but rather “out of gratitude and love” and to guarantee “her future and that of her children.” “He still had hopes of getting me back,” the businesswoman told the Swiss public prosecutor Yves Bertossa when she was being investigated, according to her statement, to which EL PAÍS has had exclusive access. Bertossa is still investigating Larsen, the emeritus king’s business manager, Arturo Fasana, and a lawyer named Dante Canónica on allegations of money laundering, an offense that carries up to five years of jail time.

The testimony of Larsen was given on December 19, 2018 at the headquarters of the public prosecutor’s office in Geneva, and she attended accompanied by her two Swiss lawyers. In that country, as in Spain, people who are being investigated in such cases are not obliged to tell the truth. The Spanish justice system has been waiting for this statement for months now, but it is yet to be sent by the Swiss prosecutor on the refusal of Larsen – anyone being investigated in Switzerland has the right to appeal the sending of their statements to other countries.

While he was still the king of Spain, Juan Carlos I took a briefcase filled with €1.7 million in cash to Geneva in 2010

Larsen’s statements are essential for the progress of an investigation into the emeritus king by the Spanish Supreme Court’s public prosecutor over allegations of money laundering and tax fraud. The top court is investigating an alleged commission paid to the former monarch related to the construction by a consortium of Spanish companies of the AVE high-speed rail link to Mecca, in Saudi Arabia.

While he was still the king of Spain, Juan Carlos I took a briefcase filled with €1.7 million in cash to Geneva in 2010, handing the money over to his business manager Arturo Fasana. The money had been given to him by the Sultan of Bahrain, EL PAÍS revealed in May.

Subsequently, in 2012, Juan Carlos transferred €65 million to Larsen. It was Spain’s chief corruption prosecutor, Alejandro Luzón, who called on Bertossa to question Larsen and the other two figures being investigated in the Swiss probe. The evidence collected by the corruption prosecutor was passed on to the Supreme Court, given that Juan Carlos continues to enjoy immunity in the lower levels of the justice system under Spanish law.

Larson, a businesswoman from Monaco, is being investigated in Switzerland after the head prosecutor in Geneva carried out a search in 2018 of the office of Fasana – who has been linked to other corruption cases including the infamous Gürtel kickbacks-for-contracts scheme in Spain – and of the lawyer Dante Canónica, and discovered an account in Swiss bank Mirabaud belonging to the eremitus king in the name of the Panamanian foundation Lucum. In this account, which was opened in 2008, a total of €64.8 million was transferred on orders of the Saudi Arabian finance minister. The money was eventually moved by Juan Carlos to an account held by Larsen in the Bahamas. As well as this payment, a sum of $5 million (€4.4 million) that Larsen received from the government of Kuwait after the then-king visited that country is also being investigated.

Bertossa focused his questioning of Larsen on why she had received the money. “It was a gift,” she replied. “I received a phone call from Canónica [the administrator of the Lucum foundation] informing me that Juan Carlos I wanted to give me a gift. He did not speak to me about a specific amount. He told me he wanted to meet me. I went to his office. He explained that the king wanted to offer my children and I a gift. Juan Carlos I wanted to ensure a good future for my children and I,” she said. 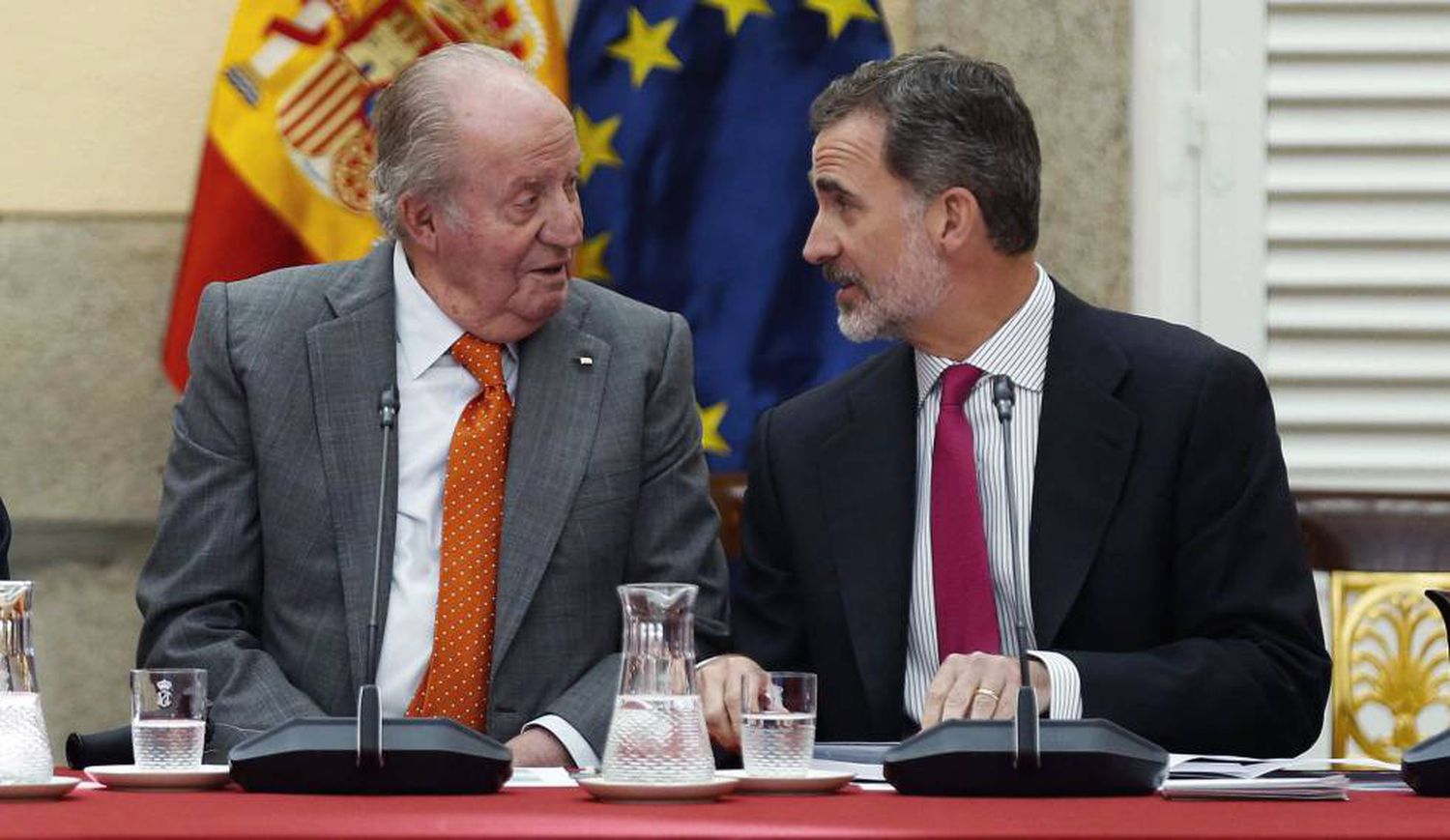 Spain's emeritus king Juan Carlos I with his son, King Felipe VI, in a file photo from 2019.Paco Campos

The Swiss prosecutor pointed out that at the time she already counted on a large fortune. “That’s right,” she replied. “I thought that he was offering me that money out of gratitude and love. He was aware that I had done a lot for him and that I had been there for him when they announced his illness. I think that also he felt a little guilty about what had happened to me in Monaco. In 2012 I was kidnapped by the Spanish secret services in my apartment.” This version of events has been denied by the former director of Spain’s CNI intelligence service, Félix Sanz Roldán. “I think that there is one last reason: that he still hoped that he could get me back,” she added.

The former friend of Juan Carlos I said in her statement that “at no time did [the emeritus king] say that he wanted to get rid of the money. I am unaware as to whether he declared those assets to the Spanish tax authorities. I had vaguely heard talk of a fiscal amnesty in Spain, but as I don’t live in that country I don’t know the details.”

The government of former Prime Minister Mariano Rajoy approved a tax amnesty in 2012 with the aim of uncovering €25 billion of undeclared funds, but the final amount collected was well below that target. The Constitutional Court nullified the amnesty in 2017, but endorsed the declarations that were made by more than 31,000 contributors to regularize the hidden funds.

Corinna Larsen in her statement to the Swiss prosecutor

Fasana, Canónica and a representative from the Mirabaud bank were also questioned by the Swiss prosecutor. Canónica corroborated the version offered by Larsen. “I remember that Juan Carlos I wanted to irrevocably transfer his assets. I don’t believe that I said to Corinna that the king wanted to do so to dispose of his assets,” he said.

As to the origin of the money, Larsen said that she did not ask Canónica about it. “[Later] in the conversations with the [Swiss] bank Gonet or with Canónica they explained to me that it came from a donation made by Saudi King Abdullah to Juan Carlos I. They didn’t explain to me the reason for the donation, but that it is a regular practice between kings, specifically in the Middle East. Juan Carlos I had not spoken to me about this previously. He was very discrete with regard to the state of his finances.”

The former friend of the Spanish emeritus king told the prosecutor about the arrangements she made with the owner of the Swiss bank Gonet & Cie to receive the €64.8 million in one of its branches, in the Bahamas. “[Canónica and I] decided to open an account in Gonet Bahamas,” she explained in her statement. “The decision was taken because I often visit the Bahamas and I appreciate the place. Being a resident of Monaco I can open an account where I like throughout the world with no fiscal consequences. I believe it is preferable not to put all of your assets in the same place.”

Larsen added that she signed the documentation in the name of her company Solare both in Geneva and in Nassau, in the Bahamas. She said that she met Canónica at a dinner in 2009 with Juan Carlos I, and that the lawyer only offered her his services for the reception of the €64.8 million.

Larsen also stated that she was not surprised that the then-head of state would accept the donation from Saudi Arabia, “given that his lifestyle is financed by the Spanish taxpayer.” She added that after she received the money in the Bahamas she traveled to Spain “to give thanks to Juan Carlos I.” She added: “I was extremely grateful and I made him aware of my gratitude.”

Larsen has made a number of other statements to the Swiss prosecutor, including one in March. She has presented similar arguments in all of them.

When the facts of the case being investigated by the Swiss justice system took place, Juan Carlos I enjoyed total immunity. The investigation in Spain will focus purely on any alleged wrongdoing that could have taken place after June 2014, when the then-king took the world by surprise with his abdication.

Earlier this year, Juan Carlos’s son, King Felipe VI, renounced any inheritance that he could receive in the future from his father after new allegations of financial impropriety surfaced, and also stripped the emeritus king of the stipend he receives.

The relationship between Corinna Larsen and Spain’s king emeritus came into the public spotlight as a result of the 2012 accident that Juan Carlos suffered in Botswana, where they were both on a hunting safari. The incident damaged the monarch’s reputation and was partially behind his surprise decision to abdicate in 2014. The Monaco-based businesswoman, who continues to use her German ex-husband’s aristocratic title, zu Sayn-Wittgenstein, also made headlines in 2018 when a recording emerged in which she claimed she had been used as a front to conceal some of Juan Carlos’ wealth. The recording was one of many made by a former police commissioner named José Manuel Villarejo, who is at the heart of a series of judicial investigations into 20 years’ worth of wiretaps and other invasions of privacy against scores of politicians, business people, judges and journalists in Spain.