Is Lithuania playing with fire by slapping sanctions on Belarus? 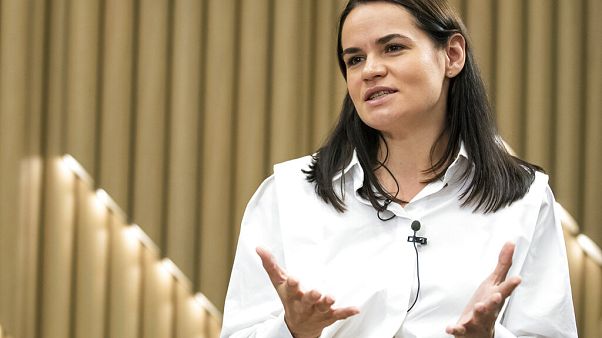 Lithuania is risking its security and a chunk of its economy by being the first to impose sanctions on Belarus over its disputed presidential election, it's been claimed.

Vilnius and its Baltic neighbours, Latvia and Estonia, imposed travel bans on Belarus President Alexander Lukashenko and dozens of officials. That was over allegations the August 9 poll was rigged in Lukashenko's favour and the subsequent crackdown on protesters.

But the sanctions were imposed without waiting for the rest of the European Union and that could spell danger for Lithuania, according to an MP.

“I could not even rule out military aggression or flare-ups on the [Lithuania-Belarus] border," said Simonas Gentvilas.

"Especially when he (Lukashenko) needs to reaffirm himself as a tough man and as the chief of the military, which is being mobilised now.

“Secondly, the complete shutdown of the Belarusian border with the Baltic states is also a possibility.

"Belarus can come up with a variety of the reasons for that: the coronavirus pandemic, the Baltics’ meddling in what Lukashenko believes is Belarus’ domestic affairs and so on.

“But most realistically, it seems to me that Belarus’ steep tilting to Russia through a new integration treaty is perhaps imminent.”

The MP is also worried the row will stop dialogue between Vilnius and Minsk over a new nuclear power plant. The facility in Belarus is set to be fired up this year and stands near the border, around 45 kilometres from the Lithuanian capital.

Gentvilas is not alone in wondering whether the Baltic countries have been too hasty in initiating sanctions on Minsk.

“If a neighbour’s house is on fire a good neighbour will not rub his palms rejoicing, which is something our authorities do,” said another Lithuanian MP, Naglis Puteikis. “The Lithuanian leaders are obviously overexerting themselves on the issue of Belarus now.

"This is the clear continuation of former Lithuanian president Dalia Grybauskaite, who would bark at the neighbour [Belarus] on every occasion. Sometimes, it makes sense to keep one's mouth shut – at least not interfere."

Puteikis told Euronews he could see a re-run of the elections — something the opposition movement have called for — and a Russian candidate being put forward.

“I’d not be surprised if Russia succeeded in that. It knows how to play tricks and launch and execute huge political campaigns.

“By intensely interfering with Belarusian affairs, Lithuania is hugely alleviating Putin’s mission in the region – integrate Belarus into Russia.

"If we were modest like the Estonians on the Belarus issue, we’d help ourselves a lot and the Belarusians striving to keep their independence."

As well as sanctions, Lithuania has also given a year-long visa to Lukashenko's election rival Svetlana Tikhanovskaya. Vilnius is also home to the 600-member opposition co-ordination council, which is calling for Belarus' long-time president to step down. Lukashenko has called the creation of the council a coup attempt.

Vilnius' stance has prompted Lukashenko to threaten to divert Belarusian cargo from the Lithuanian port of Klaipeda to Russia.

“Some 14.1 million tonnes of Belarusian cargo were handled in Klaipeda last year, making over 30 per cent of Klaipeda's total handling volume,” said Algis Latakas, the new CEO of the port. "So far, the Belarusian shipment flow is stable.”

The Baltic Sea port, Latakas claimed, contributes 6% of Lithuania's GDP and has created up to 60,000 jobs.

But Lithuanian MEP Ausra Maldeikiene, an economist by profession, said the juxtaposition of Lithuanian interests against Belarus’ fight for democracy was “blasphemous”.

“Belarus is like the litmus test for all of us – how much we value the freedoms we’ve fought hard for ourselves," she said.

"The most terrible thing would be sacrificing the Belarusian quest for freedom for the interests of Klaipeda seaport.

“Unfortunately, or fortunately, we are caught nearly in the middle of the events due to our proximity to Belarus.

"A lot now depends on us too in stoking hopes of freedom among the democratically-minded Belarusians. Otherwise, we will witness Belarus becoming part of Russia, one without a chance to ever set itself free.”

Thousands form human chain in Lithuania in solidarity with Belarus