Spain’s judiciary in the dock

Spain’s judiciary in the dock

Standoff between the two largest parties over appointing judges comes to a head.

MADRID — After years of being thrust unwittingly into the political arena and struggling to maintain a reputation for independence, Spain’s judiciary is showing the strain.

Now, a two-year standoff between the governing Socialist Workers’ Party (PSOE) and the main opposition Popular Party (PP) over new appointments to the judiciary’s governing body has brought the situation to a head.

The General Council of the Judiciary (CGPJ) appoints magistrates to the Constitutional Court, the Supreme Court and regional high courts of justice, among other wide-ranging powers. Its 20 members are chosen by Spain’s two houses of parliament — Congress and Senate — with appointments requiring a three-fifths majority. But no consensus has been reached on new appointments since 2018, when its members should have been replaced.

In a bid to break the impasse, the leftist coalition government of Pedro Sánchez has presented a plan to reform the way appointments to the CGPJ are made. Under the proposal, only an absolute majority in parliament would be needed to select the governing body’s 12 magistrates.

The initiative has been widely criticized by judges and jurists, who argue it would place too much power in the hands of the government. 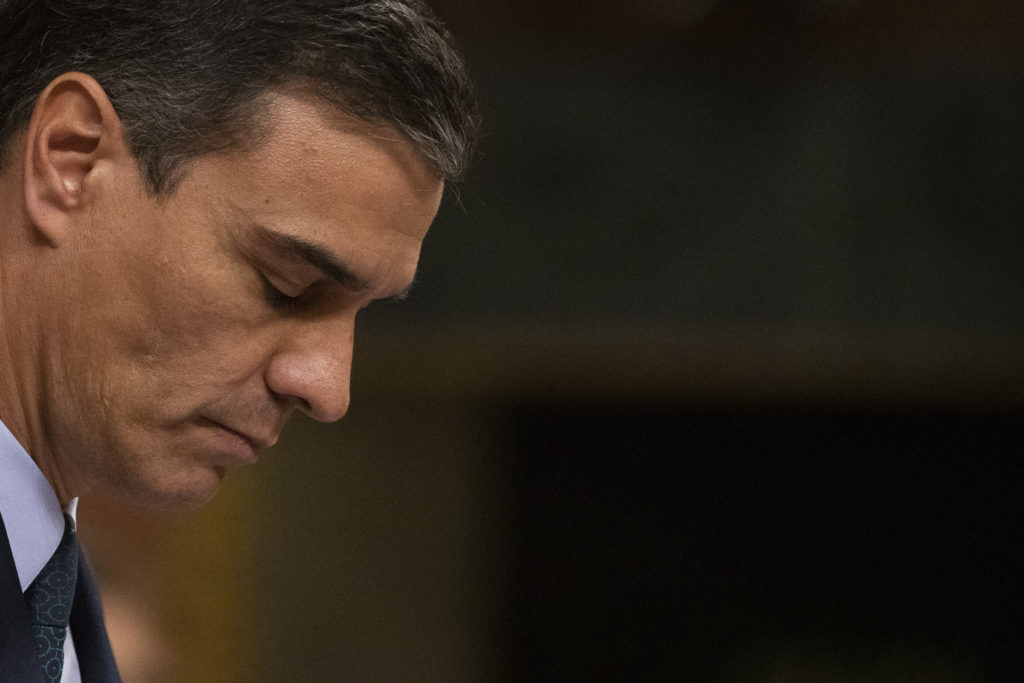 The Francisco de Vitoria (AJFV) magistrates’ association warned that the reform “directly attacks judicial independence and places us outside European values and standards when it comes to separation of powers.”

Meanwhile, the reform proposal has only served to inflame an already febrile political atmosphere, with the opposition arguing that the legislation is a cynical attempt to erode the separation of powers.

“We are worried that the government is drifting ever more towards Chavismo,” warned Belén Hoyo, a congresswoman for the PP, which frequently compares Spain’s leftist coalition to the government of Venezuela.

The leaders of the Spanish government, she added, “each day look more and more like privileged students of Mr. [Nicolás] Maduro.”

The 1978 constitution which followed the Francisco Franco dictatorship limited political involvement in the appointment of the CGPJ. But in 1985, the Socialist prime minister, Felipe González, fearing that an old guard of magistrates from the Franco era still wielded undue influence, introduced a reform that made parliament solely responsible for new appointments – the system that remains in place today.

Ever since then, the PSOE and PP have vied to control the CGPJ and, by extension, the rest of the judiciary. Judges are frequently identifiable as either “conservative” or “progressive,” meaning their political allegiance is often public knowledge.

“The parliamentary selection of all the members of the CGPJ has, over time, descended into a crude sharing out of appointments according to the corresponding weight of the two main parties,” said Joaquín Giménez García, a former Supreme Court judge. 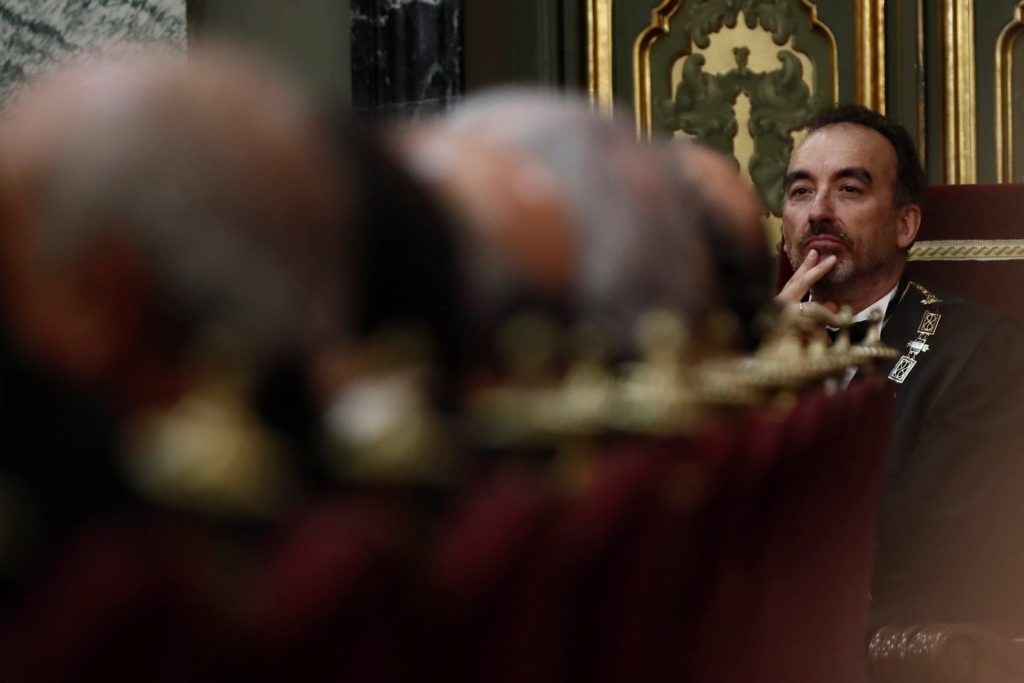 But the emergence of three new parliamentary forces since 2015 – Podemos on the left, Ciudadanos on the center-right and Vox on the far-right – has fragmented Spain’s politics and made it harder to secure the three-fifths support of parliament needed for appointments. The CGPJ’s current members were appointed in 2013, when the PP had a large majority.

Meanwhile, the Catalan sovereignty crisis, which entered the legal sphere due to a lack of political engagement, put the judiciary under unprecedented public scrutiny. Most notably, there was the contentious Supreme Court trial of 12 Catalan independence leaders in 2019, which saw nine of them jailed, as well as a string of other cases linked to the failed secessionist drive.

Coronavirus has also placed the judiciary in the eye of the storm. After weeks of acrimony between central government and the Madrid regional administration over which restrictions were suitable for the capital, a recent court ruling against the former was loaded with political significance.

“There are political problems in Spain which haven’t been resolved properly and they have ended up in the judiciary, which is not the best place to solve them,” said Joaquim Bosch, spokesman for Judges for Democracy (JJpD), a magistrates’ association which is widely seen as progressive and which blames the PP for the standoff over the CGPJ. 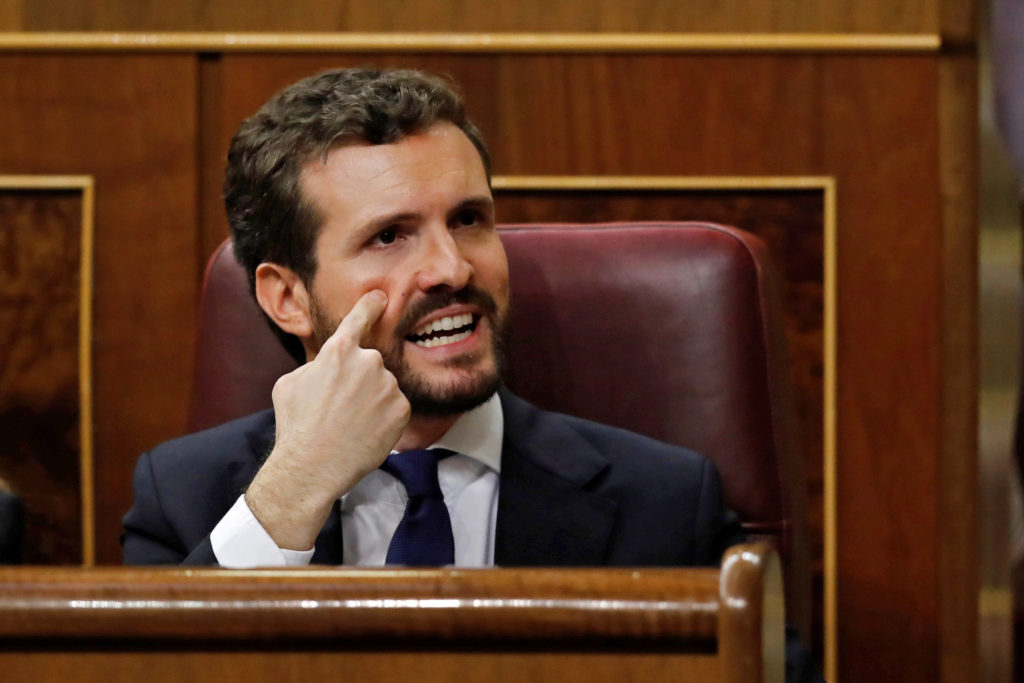 “These kinds of issues have placed the judiciary in a position of extremely high visibility and that shouldn’t be the case because they are political issues.”

The presence of Podemos as the junior partner in the government since January has further fueled debate over the justice system. In April, Pablo Iglesias, leader of the party and a senior minister, drew criticism for voicing doubts about a conviction against his colleague Isabel Serra for public disorder.

More recently, a judge has called for Iglesias to be investigated for destroying information, revealing secrets and falsely reporting a crime, following the 2015 theft of a phone belonging to his former aide, Dina Bousselham. While the Supreme Court decides whether to proceed with that probe, Iglesias has denounced the case as part of a deep-state conspiracy aimed at removing him and his allies from office.

“The right in this country is prepared to use any kind of means, legal and illegal, legitimate and illegitimate, to bring down this government,” he said.

A Eurobarometer study from last year found that just under half of Spaniards rated their justice system’s independence as “fairly bad” or “very bad” — putting the country well behind the average for EU member states. Given the backlash it has already drawn, the government’s proposed reform of the CGPJ, if made law, would almost certainly erode that credibility further.

The European Commission has also expressed concern, with spokesperson Christian Wigand saying that the CGPJ should not be seen as being “vulnerable to politicization”.

With the EU hoping to restrain attempts by Poland and Hungary to erode judicial independence, its fear is that a supposedly model member, like Spain, is providing those nations with cover.

“The judiciary is an internal matter for member states and every EU country must be treated the same,” tweeted Poland’s undersecretary of foreign affairs, Pawel Jablonski, referencing Spain’s proposed reform. He also warned the EU: “Double standards are a violation of the European rule of law.”

The Spanish government appears to be using the reform as a ploy to bring the PP back to the table to negotiate a new CGPJ – Sánchez has put the law on hold as he appeals for new talks. So far it hasn’t worked, with the conservatives refusing to engage with representatives of Podemos, whom they accuse of undermining institutional stability. In the meantime, PP leader Pablo Casado has presented a proposal of his own based on the idea that judges, not parliament, should choose the governing body’s members.

However, even if the two sides do eventually agree on the new appointments and the government does not resort to its controversial legislation, it could be some time before Spaniards’ confidence in their judiciary is restored.

This story has been updated.