Armenia remembers the victims of mass killings (genocide!) a hundred years ago 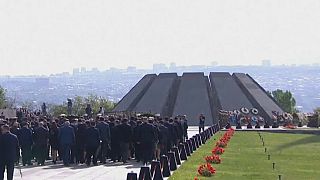 Thousands of Armenians marched on Friday in the capital Yerevan to commemorate mass killings of their kin by Ottoman forces in 2015.

This weekend is the 106th anniversary of the massacres in which the country claims up to one and a half million ethnic Armenians were slaughtered during World War One as the Ottoman Empire collapsed.

France was one of the other nations that attended the ceremony.

The killings have been recognised as genocide by some 20 countries but there is as yet no international consensus on the issue.

Turkey has always rejected the description.

But Armenia is hoping that the US will soon acknowledge the events as genocide.

The White House announced that President Joe Biden spoke to Turkey's President Erdogan on Friday and was preparing to move forward with a campaign pledge to formally recognise the killings as such.

On Friday night the annual torch-lit march was held in Yerevan in memory of the victims.

Some 10,000 people took part in the rally that ended at the city's hilltop genocide memorial. 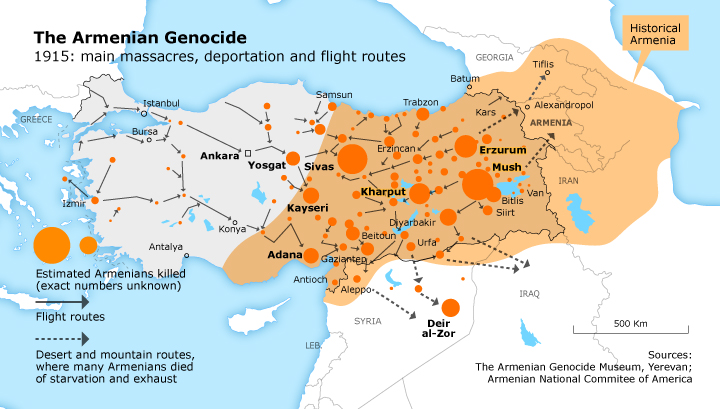