Today's EU faces retreat on several fronts. One is a possible break-up of the euro with unknowable consequences for the single market and the Union itself. Another is the apparent decay of the rule of law, democracy or media freedoms in certain member-states. Bulgaria, the Czech Republic, Hungary, Lithuania, Romania and Slovakia all show some symptoms of the latter, according to Freedom House, an NGO watchdog for democracy and civil liberties worldwide. 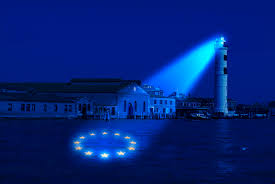 The EU's institutions have tried to react to such developments. The European Commission is taking Hungary to court over the plan by the prime minister, Viktor Orbán, to weaken the independence of the judiciary there. During the summer, José Manuel Barroso, president of the Commission, intervened to stop an arbitrary attempt by Romania's prime minster to remove his president, Traian Basescu, from power. And neither Romania nor neighbouring Bulgaria are likely to join the Schengen passport-free travel zone until their political and judicial cultures approach something resembling the EU norm.

The EU can shepherd its wayward democracies only so long as their governments risk losing power and status by being labelled second class members. In the past, this desire to stay at, or travel towards, 'the heart of Europe' gave EU membership a transformative power, especially over those countries which joined from 2004 onwards. Most have better records at implementing EU legislation than some long-standing members.

Now the eurozone crisis threatens to chip away at this benign influence. The Union may segregate into a top tier of tightly-integrated euro area countries and an outer rim of ten or so non-members. (Only five of those countries which joined after 2004 currently use the euro.) Despite a treaty obligation on new members to join, eurozone creditor countries are not keen to admit countries with poor governance records for fear of having another Greece in the club. Governments which feel condemned to be permanent outsiders, or which do not wish to adopt the euro while the crisis endures, are likely to feel less bound by the constraints of EU membership.

Hence other influences must be brought to bear to help copper-fasten the peaceful transition of central and eastern Europe to capitalist democracy and the rule of law. The region lacks the self-sustaining popular narratives that characterise the confident democratic traditions of Western Europe. Britain has its 'history of British liberty'; France, its self-image as 'the mother of human rights'; and Germany is rightly proud of the 'never again' protections enshrined in its Basic Law. By contrast, the countries of central and eastern Europe spent most of modern history under various forms of totalitarianism. (An honourable exception is democratic Czechoslovakia between 1918-1938.) This makes them vulnerable to a return of the political strongmen.

NGOs and other observers hope that Europe's courts can help prevent any such scenario. For example, the European Court of Justice (ECJ) in Luxembourg is gradually transforming itself from a tribunal that deals mainly with regulatory and EU staffing matters to more fundamental issues of rights and civil liberties. Its judges are getting to grips with the Charter of Fundamental Rights – made legally binding with the passage of the Lisbon treaty – and deliberating more on civil liberties as their writ expands to migration and security questions.

There are hazards in relying too much on judicial solutions, however. First, legal deliberations take time, and delays due to huge backlogs of cases can put effective justice out of reach for those seeking protection from corrupt or malicious regimes. In 2011, over 150,000 cases awaited a decision from the European Court of Human Rights in Strasbourg, a non-EU institution connected to the Council of Europe. The ECJ fears that its own caseload is also set to become unwieldy due to its expanded jurisdiction under Lisbon. Its president has called for an increase in the number of its serving judges.

Second, ordinary people struggle to access European courts. The European Court of Human Rights is only supposed to be a 'last resort': plaintiffs must have already tried and failed to get justice in national courts. (This rule is likely to be applied more strictly following reforms announced earlier this year.) And - except in very rare cases - citizens or civil society organisations cannot directly petition the ECJ at all. Access to the Luxembourg court is normally restricted to EU governments, institutions, or businesses impacted by the Union's regulatory decisions. Even if the ECJ investigates a breach of the Charter by a particular member-state, it cannot make the government in question desist from such behaviour while the facts of the case are established. This contrasts with the powers of the Strasbourg Court. (See this interesting paper from the Centre for European Policy Studies.)

More broadly, 'government by judges' is a precarious way to protect democracy or resolve political crises such as the recent shenanigans in Romania. No judiciary can protect and uphold rights indefinitely in the absence of a healthy political culture where civil liberties and independent checks on executive power are uncontested. One idea to aid the development of such a culture throughout the EU would be the establishment by liberal activists of a European Civil Liberties Union (ECLU). This could be modelled to some extent on the American Civil Liberties Union (ACLU), founded in the 1920s primarily to protect the right to free speech in the US. One of main goals of an ECLU should be to capture the spirit of the region's glorious emergence from communism after 1989 through a mix of grassroots activism, litigation, educational initiatives and public awareness-raising.

A central ECLU office might receive EU funding but its national chapters would mostly depend on volunteer efforts, philanthropy and membership drives organised by university associations and others. (The ACLU has some 500,000 members and a budget of over $100 million.) In some cases, there will be no need to establish new national organisations from scratch: existing bodies performing democratic watchdog functions could receive the organisation's support if they feel the need.

ECLU chapters could co-ordinate their activities across the region and share resources such as legal and campaigning expertise. They should act as a counterweight to a 'domino effect' in the region where political strongmen in one country are encouraged by the success of fellow travellers elsewhere. An annual plenary meeting of all European chapters could be held each October 2nd, the anniversary of the drafting of the Charter.

In time, an ECLU could expand anywhere there was a need to open a local chapter or support a pre-existing organisation. Western Europe has plenty of foibles of its own: the treatment of migrants in Italy, the rise of hate crime in Greece and the weakened state of civil liberties in some countries due to disproportionate counter-terrorism measures. But its first priority should be central and eastern Europe – a region where the rule of law cannot yet be taken for granted – as the EU itself goes through fundamental change.

Hugo Brady is a senior research fellow at the Centre for European Reform.