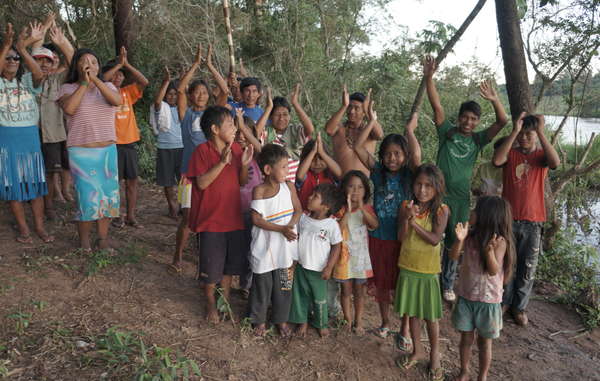 News from the Guarani

A Guarani community in Brazil is celebrating after the government recognized their land as indigenous, for their exclusive use.

The 170 members of Pyelito Kuê/ M’barakay community, living on an ‘island’ between a river and a soya plantation, can now stay on part of their ancestral land until the formal demarcation process is complete.

One community spokesman told Survival, ‘We are very happy. We have been fighting for our land, because it is ours. My grandfather is buried here. We have been threatened by the ranchers but we are not giving up; we will stay strong because we need this land.’

Another Guarani man said, ‘This a first step for us. It’s a victory. We need our land so we can plant and our community can thrive and grow’.

This success comes after the Guarani’s international declaration that they would rather be killed than be removed from their land.

The Guarani have suffered a series of brutal attacks since they reoccupied this part of their territory in August 2011.

The Guarani’s land was occupied by ranchers in the 1970s, forcing the Indians to live in appalling conditions in overcrowded reserves. 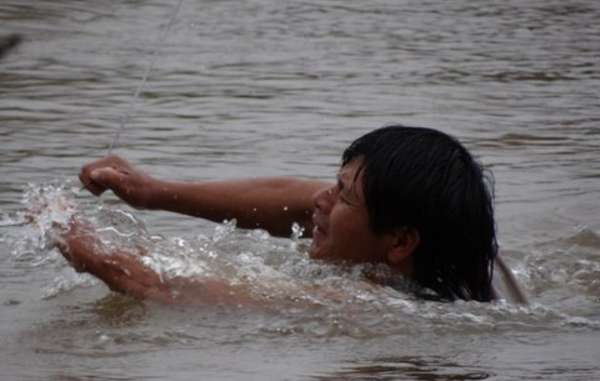 The Guarani are forced to make a dangerous river crossing in order to obtain food supplies.
© MPF/Survival

This violence and intimidation by the ranchers’ gunmen has forced the Guarani to make a dangerous river crossing using a narrow cable, in order to travel to and from their land, to obtain food supplies.

The Guarani are now urging the government to complete the demarcation process as fast as possible and allow them to live on all of their ancestral land where they can plant crops and no longer be exposed to the constant risk of violence.

Survival is lobbying the Brazilian government to map out all Guarani land, as it is legally bound to do.