+ Cannabis Legalisation in the UK: A Cost-Benefit Analysis [INFOGRAPHIC] by Paul at Cassiobury Court.
www.cassioburycourt.com/article/89/cannabis-legalisation-in-the-uk-a-cost-benefit-analysis-[infographic] 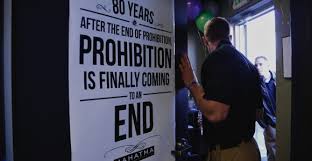 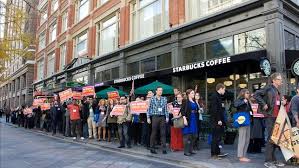 The Next Seven States To Legalize Pot

Why Oregon, California and more are likely to follow Colorado and Washington toward legalization

The Berlin Wall of pot prohibition seems to be crumbling before our eyes.

By fully legalizing marijuana through direct democracy, Colorado and Washington have fundamentally changed the national conversation about cannabis. As many as 58 percent of Americans now believe marijuana should be legal. And our political establishment is catching on. Former president Jimmy Carter came out this month and endorsed taxed-and-regulated weed. "I'm in favor of it," Carter said. "I think it's OK." In a December 5th letter to Attorney General Eric Holder, Senate Judiciary Chairman Patrick Leahy (D-Vermont) suggested it might be possible "to amend the Federal Controlled Substances Act to allow possession of up to one ounce of marijuana, at least in jurisdictions where it is legal under state law." Even President Obama hinted at a more flexible approach to prohibition, telling 20/20's Barbara Walters that the federal government was unlikely to crack down on recreational users in states where pot is legal, adding, "We've got bigger fish to fry."

Encouraged by the example of Colorado and Oregon, states across the country are debating the merits of treating marijuana less like crystal meth and more like Jim Beam. Here are the next seven states most likely to legalize it:

1) Oregon
Oregon could have produced a trifecta for pot legalization on election day. Like Washington and Colorado, the state had a marijuana legalization bid on the ballot in 2012, but it failed 54-46. The pro-cannabis cause was dogged by poor organization: Advocates barely qualified the initiative for the ballot, and could not attract billionaire backers like George Soros and Peter Lewis, who helped bankroll the legalization bit in Washington.

But given that Oregon's biggest city, Portland, will be just across the Columbia River from prevalent, legal marijuana, the state legislature will be under pressure to create a framework for the drug's legal use in Oregon – in particular if the revenue provisions of Washington's law are permitted to kick in and lawmakers begin to watch Washington profit from the "sin taxes" on Oregon potheads. If lawmakers stall, state voters will likely have the last word soon enough. Consider that even cannabis-crazy Colorado failed in its first legalization bid back in 2006.

"We have decades of evidence that says prohibition does not work and it's counterproductive," said Peter Buckley, co-chair of the Oregon state legislature's budget committee. For Buckley, it's a matter of dollars and common sense: "There's a source of revenue that's reasonable that is rational that is the right policy choice for our state," he said. "We are going to get there on legalization."

2) California
California is unaccustomed to being a follower on marijuana liberalization. Its landmark medical marijuana initiative in 1996 sparked a revolution that has reached 18 states and the District of Columbia. And the artful ambiguity of that statute has guaranteed easy access to the drug — even among Californians with minor aches and pains.

In 2010, the state appeared to be on track to fully legalize and tax pot with Proposition 19. The Obama administration warned of a crackdown, and the state legislature beat voters to the punch with a sweeping decriminalization of pot that treats possession not as a misdemeanor but an infraction, like a parking ticket, with just a $100 fine. In a stunningly progressive move, that law also applies to underage smokers. And removing normal teenage behavior from the criminal justice system has contributed to a staggering decline in youth "crime" in California of nearly 20 percent in 2011.

The grandaddy of less-prohibited pot is again a top candidate to fully legalize cannabis. Prop 19 failed 53-47, and pot advocates are determined not to run another initiative in an "off-year" election, likely putting ballot-box legalization off for four years. "2016 is a presidential election year, which brings out more of the youth vote we need," said Amanda Reiman, who heads up the Drug Policy Alliance's marijuana reform in California.

Economics could also force the issue sooner. Eager for new tax revenue, the state legislature could seek to normalize the marijuana trade. There's no Republican impediment: Democrats now have a supermajority in Sacramento, and Governor Brown has forcefully defended the right of states to legalize without the interference of federal "gendarmes."

Whether it's gambling or prostitution, Nevada is famous for regulating that which other states prohibit. When it comes to pot, the state has already taken one swing at legalization in 2006, with an initiative that failed 56-44. "They got closer than we did in Colorado that year," says Mason Tvert, who co-chaired Colorado's initiative this year and whose first statewide effort garnered just 41 percent of the vote.

For prominent state politicians, the full legalization, taxation and regulation of weed feels all but inevitable. "Thinking we're not going to have it is unrealistic," assemblyman Tick Segerblom of Las Vegas said in November. "It's just a question of how and when."

4) Rhode Island
Pot watchers believe little Rhode Island may be the first state to legalize through the state legislature instead of a popular referendum. ''I'm hoping this goes nowhere,'' one prominent opponent in the state House told the Boston Globe. ''But I think we're getting closer and closer to doing this.''

Back in June 2012, lawmakers in Providence jumped on the decriminalization bandwagon, replacing misdemeanor charges for adult recreational use with a civil fine of $150. (Youth pay the same fine but also have to attend a drug education class and perform community service.)

In the wake of Colorado and Washington's new state laws, Rhode Island has joined a slate of New England states that are vowing to vote on tax-and-regulate bills. A regulated marijuana market in Rhode Island could reap the state nearly $30 million in new tax revenue and reduced law enforcement costs. ''Our prohibition has failed,'' said Rep. Edith Ajello of Providence, who is sponsoring the bill. ''Legalizing and taxing it, just as we did to alcohol, is the way to do it.''

5) Maine
Maine's legislature has recently expanded decriminalization and is moving on a legalization-and-regulation bill that could bring the state $8 million a year in new revenue. ''The people are far ahead of the politicians on this,'' said Rep. Diane Russell of Portland. ''Just in the past few weeks we've seen the culture shift dramatically.''

State legislators in Maine, as in other direct-democracy states, are actually wary of the ballot initiative process and may work to preempt the voters. A legalization scheme devised by lawmakers, after all, is likely to produce tighter regulation and more revenue than a bill dreamed up by pot consumers themselves.

6) Alaska
Alaska is already a pothead's paradise, and the state could move quickly to bring order to its ambiguous marijuana law. Cannabis has been effectively legal in Alaska since 1975, when the state supreme court, drawing on the unique privacy protections of the Alaska constitution, declared that authorities can't prohibit modest amounts of marijuana in the home of state residents.

That gave Alaskans the right to have up to four ounces – and 24 plants – in their homes. Following a failed bid to fully legalize pot at the ballot box in 2004 (the measure fell 56-44), the state legislature attempted to enforce prohibition, outlawing all weed in 2006. But citing the 1975 precedent, a judge later ruled the home exemption must be respected, though she sought to limit legal possession to a single ounce.

If taxation and regulation take root in nearby Washington, and perhaps more important in neighboring British Columbia (where legalization is also being considered), a ballot initiative in Alaska could win in an avalanche.