"Europe should not forget the Mediterranean", Emma Bonino 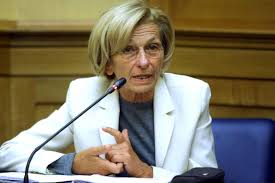 Conflicts and tensions in Libya, Syria, Egypt, Iraq and Palestine worry us for many reasons. Security, oil supply, migration are just some among the rising concerns. The role of the European Union in the Mediterranean is too weak and gives little assurances on the future of these challenges.

I have spent the last few months analysing the situation in different countries of the Maghreb and the Mashreq.

A complex new world, very relevant for Europe, is only a few hundred miles from home. In spite of the urgent situation in Ukraine, the EU’s attention should move to the Southern border of the Mediterranean.

And here what we need is a radically new approach.

My assessment is that we need to take note of the failure of our past policy vis-à-vis this region. We could spend months discussing what went wrong, but we do not have the time. The newer and past events taking place in this area must prompt us to take a fresh political start.

The EU needs to engage in a new Mediterranean policy. And if the situation requires a new policy, it also asks for a new structure.

The Union needs a Commissioner for the Mediterranean. Not a simple representative, but a minister of all the 28 countries with a proper structure and staff.

He should develop a new relationship with the Southern Mediterranean and find a way through the maze of the EU’s legal instruments and budget to support his vision.

Since the beginning of the Arab Spring in 2011, we have witnessed a deadly fight within the Sunni community. This fight is not only nor even mainly about faith. At stake is the geostrategic, economic and geopolitical predominance in the region as a whole, Libya included.

The more traditional conflict between Sunni and Shia (for example in Iran) is particularly evident in Syria and Iraq. But a war of succession among the Saudi family members complicates it further.

An intra-Sunni dispute consumes Libya and Egypt. The main supporters of the Muslim Brotherhood are Hamas, Ennahda, Mohammed Morsi, Turkey and Qatar.

They oppose the major allies of the Salafists: Saudi Arabia and the United Arab Emirates. In Bahrain, the friction involves Sunni and Shia. Syria, Iraq and Lebanon are in between the two dynamics.

This makes the conflict even sharper and every attempt to mediate, ineffective.

Looking at the other states on the chart, Tunisia is in the middle of a difficult transition. Algeria rests in an unstable status quo. And the dramatic extension of the neighbouring conflicts threatens Jordan and Lebanon.

Qatar, Turkey, Saudi Arabia and the United Arab Emirates have gained an unprecedented financial and media power. In Egypt the Salafists, along with their powerful allies, are so far prevailing. And all these new regional actors show disrespect for international humanitarian law.

Forced and illegal migration is thus a natural consequence, and is just the tip of the iceberg. How can we ever think of retaining in Europe millions of people currently trying to avoid war, famine and dictatorships in their home countries?

I am convinced that Europe must abandon the present system of spheres of influence. Nowadays Eastern European countries deal with our Eastern neighbours, and Southern EU members are in charge of the Mediterranean. France oversees the francophone African countries.

The 2008 Union for the Mediterranean (UFM) reproduces this system. In addition, it only involves governments, frequently authoritarian ones, and not civil society.

At the same time, the EU cannot have a single policy for its Eastern and Southern neighbours, not even for the Western Balkans and the South and East Mediterranean.

It should also abandon its “silos structure”. Migration from the South and the East is now among the principal concerns of many heads of government.

Yet they need to create a portfolio with a specific geographic remit. Competences should include trade, humanitarian help, development, migration, asylum and even foreign policy.

The EU's 2011 promise of money, market access, and mobility has so far remained a dead letter. The Commissioner for the Mediterranean needs to go back to it. He would also deal with cooperation, culture, education, infrastructure, support to civil society. High politics will still be in the hands of the EU's High Representative.

A new approach can only be pursued through courageous choices, resolution and perseverance. Europe needs a figure who is accountable for the Mediterranean. He must have a regional vision but a mandate flexible enough to draw up policies appropriate to different countries.

We must bolster and support those countries trying to save themselves: Morocco, Tunisia, Jordan, and Lebanon. It only appears they do not concern us at all. In these cases, a bilateral policy to sustain transition and economic development still makes sense. But it can’t extend throughout the region as provided by the European Neighbourhood Policy.

Even if we are not a decisive actor in the region right now, we can still have an impact on many societies in the medium term. In Egypt as well as in Iran or elsewhere, Europe, and not Saudi Arabia, is the point of reference for civil society.

An Erasmus programme for the Mediterranean could be a ‘smart’ first step to strengthen ties and create mutual trust and confidence.

The EU itself proves that peace and prosperity can only rely on a progressive integration of our markets as well as on the deepening of our cultural and human ties.

Emma Bonino
Europe should not forget the Mediterranean
10.09.2014, eutopia
- See more at: http://www.eutopiamagazine.eu/en/emma-bonino/speakers-corner/europe-should-not-forget-mediterranean#sthash.W0NSXa6R.dpuf