Port in a Decisive Storm: The battle for Hudayda 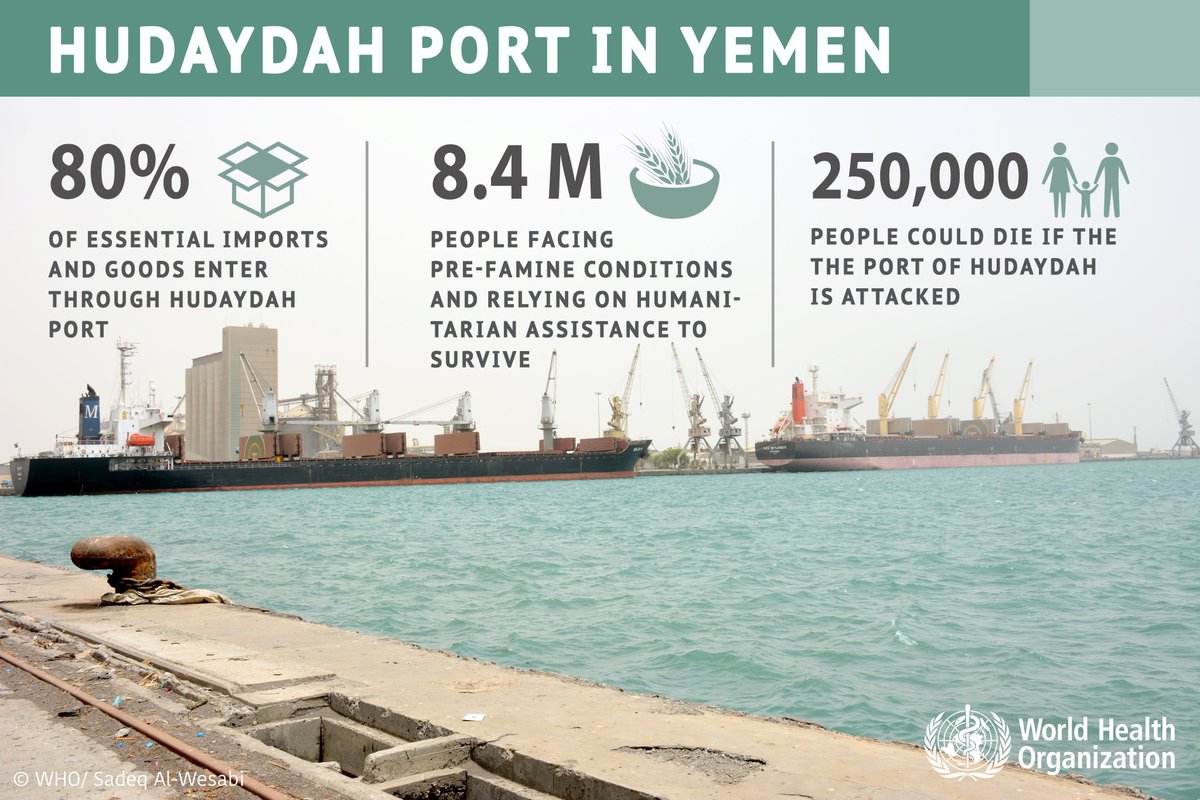 As the Saudi-led coalition in Yemen fights to take control of Hudayda, the city's future remains clouded

The battle for the Yemeni city of Hudayda has begun. Part of the backbone of international aid operations and Yemen’s economy, Hudayda contains the most important port under the control of the Houthis – the Zaidi Shia rebel group that seized control of most of the country in 2014. Hudayda has long been in the sights of the Saudi-led coalition in Yemen, which aims to reinstate the internationally recognised Yemeni government. Despite vocal opposition from key Western powers and international aid organisations, the coalition announced on 12 June the formal launch of its operation to capture the city.

As has often been the case in Yemen’s war, the coalition assembled diverse forces united largely by their opposition to the Houthis and the support they receive from the United Arab Emirates – which has played a major role in planning and staging coalition offensives since February 2017, when it retook Mocha. The Amaliqa Brigade has emerged as one of the most influential groups in the Hudayda operation, participating in much of the recent fighting. The Tihama Resistance, another important militia, has drawn fighters from local communities resentful of both the Houthis and the Tihama region’s historical marginalisation at the hands of the government in Sanaa. Since early February 2018, they have fought alongside forces under the leadership of Tareq Mohammed Saleh. He joined the coalition offensive after the Houthis killed his uncle, Ali Abdullah Saleh – a former president who was previously in a tumultuous alliance with the group – in December 2017. Troops from the UAE, Saudi Arabia, and other coalition partners, such as Sudan, have joined the push into Hudayda.

So far, their progress has been steady, if slow. At the time of writing, the Houthis had lost control of Hudayda’s sprawling airport, which abuts its southern suburbs, as their opponents moved to encircle the city. While these somewhat modest gains have drawn jibes from pro-Houthi media outlets, contacts close to the Emiratis describe this measured pace as part of a deliberate effort to prevent civilian casualties and give UN Envoy Martin Griffiths time to convince the Houthis to withdraw from the city. All the while, those involved in the fighting have privately stressed the need to secure previous territorial gains: much of the coastal area wrested from the Houthis remains vulnerable to recapture, and there are ongoing battles around a road through the mountains that links many of Hudayda province’s largest population centres, which are still largely under Houthi control.

Despite their apparent loss of the airport, the Houthis continue to launch fierce attacks in the city and, unless there is a breakthrough in Griffiths’ negotiation efforts, they seem unlikely to leave without a battle. It is not just a matter of attempting to hold the city: the Houthis aim to send a message to the coalition by making its offensive as difficult as possible. Indeed, the group has already responded to its recent setbacks by attempting to send in reinforcements.

But, even if one treats an eventual coalition victory in Hudayda as a foregone conclusion, the city’s future is still clouded. In many regards, the “how” of Hudayda’s capture is as important as the “if”. The United Nations and the coalition have emphasised their aim to keep the port and a humanitarian corridor open. Yet an extended battle for Hudayda could cut Yemen’s central commercial and aid lifeline, causing a dramatic deterioration of the country’s already dire humanitarian situation. The resulting crisis would likely spill over into areas under the control of the internationally recognised government. Aid organisations forecast that even a short disruption in the port’s operation would have devastating effects. Urban warfare in Hudayda would kill or injure many civilians, displacing others in a fashion that would overload the city’s weak and overtaxed infrastructure.

The coalition declares that it has plans for mitigating these risks – as it likely does, for both altruistic and pragmatic reasons. Capturing Hudayda would mean taking responsibility for the city, its inhabitants, and the operations of its port; thus, it is in the coalition’s interest for the battle to be as restrained as possible. Moreover, several members of the coalition – particularly the UAE – appear to be acutely aware of the reputational risk of the Hudayda offensive, drawing attention to its potential humanitarian benefits through promises to flood the city with aid.

In any case, the battle for Hudayda will likely overshadow nearly all other issues in Yemen for as long as it continues. The offensive has already delayed – if not derailed, at least temporarily – Griffiths’ months-long preparations for a new round of peace talks. Sardonic references to Griffiths as the “UN envoy for Hudayda” underline the operation’s outsized effects on his mission.

What can be done?

It is crucial to maintain foreign governments’ and media outlets’ attention on Hudayda. International actors must continue to pressure both sides in the Yemen conflict to maintain the flow of aid and prevent catastrophic civilian hardship. The message must be clear that violations of international humanitarian law, including intentional sabotage of the city’s infrastructure, will be recorded. Establishing an independent international inquiry into such violations – in line with the calls of many Yemeni and foreign human rights groups – is arguably the most obvious and effective means of doing so. International coordination is key to magnifying this message.

It is also critical to take more direct action. As the battle continues, international actors should maintain, if not increase, their aid efforts; persist with diplomacy to mitigate the fallout of the violence, even if Griffiths’ efforts to broker an agreement collapse; and plan for the day after. There is no reason to delay preparations for stabilisation and development efforts in the city, particularly given that Yemen’s pragmatic and resilient private sector will be willing and able to assist with reconstruction.

Finally, international actors must continue their work to de-escalate the broader conflict and rebuild trust across Yemeni society. As rising violence increasingly eclipses this endeavour, it becomes ever more important to preserve lines of communication between the warring parties. It is particularly crucial to engage with local conflict mediation processes, while empowering Yemenis who are able to reach out to all sides. Amid nationwide political polarisation, these figures will take on much of the hard work repairing the deep ruptures in Yemeni society.