MADRID — A town hall employee, Ana Garrido held one of the most secure jobs in Spain for two decades. But after she tried to expose corruption behind how her town awarded public contracts, her life descended into what she described as “my seven-year Calvary.”

That path took her from being assailed by her office bosses and colleagues in Boadilla del Monte, on the outskirts of Madrid, to depression and sick leave, unemployment, and even death threats.

She now sells handmade bracelets to make a living, and relies on crowdfunding to help cover her legal expenses, which have reached 20,000 euros, or about $22,600. She has sold most of her clothes and furniture and rents out her home to pay the mortgage. Instead, she lives as a squatter in an abandoned apartment with paint peeling from the walls.

It is only now, as Spain prepares for a rerun of national elections in June, and the issue of corruption moves up the political agenda, that Ms. Garrido is getting some belated recognition for undertaking one of Spain’s riskier endeavors: being a whistle-blower.

In April, Ms. Garrido was invited to Parliament by Ciudadanos, or Citizens, one of the emerging parties hoping to unseat the caretaker government led by Mariano Rajoy, the acting prime minister.

Luis Garicano, the main economic adviser of Ciudadanos, told reporters on the day Ms. Garrido went to Parliament that if Spain cannot protect whistle-blowers like her, “we don’t have a country that is worth it.”

He added, “I don’t want to live in such a country.”

Ms. Garrido has become a symbol for anti-corruption activists who are pushing for a new law in Spain that would for the first time defend the rights of those who try to expose corruption.

Countries like the United States and Britain have longstanding laws to protect whistle-blowers, and since 2010, Hungary, Slovenia, France, Luxembourg, Ireland and Belgium have all enacted varying levels of protection.

Spain, on the other hand, is among a handful of European nations without legislation for whistle-blowers, according to a 2013 study by Transparency International, a nongovernmental organization.

“Spain has not followed up on recommendations from the Organization for Economic Cooperation and Development and the new rights it granted to public servants exclude protection from retaliation when reporting suspected crimes,” according to Transparency International.

That lack of legislation, many here believe, has contributed to a culture of impunity, and made Spain’s system of government one of the most corrupt in Europe. More than 200 corruption cases, involving nearly all major political parties, have arisen since the financial collapse in 2008.

“There are a lot of corruption cases that don’t come to light because the whole system is designed to hurt rather than protect those who denounce corruption,” said Pedro Arancón, the president of a Spanish association called Platform for Honesty.

In fact, anti-corruption activists suspect that few employees are willing to disclose fraud and risk their jobs, like Ms. Garrido, particularly with Spain’s unemployment rate of 21 percent.

Some whistle-blowers, like Roberto Macías, are even facing prison. Mr. Macías is one of two people facing trial in Seville, accused of stealing computer files that helped uncover fraud within the Andalusian chapter of the General Union of Workers, one of Spain’s two main labor unions.

If found guilty, Mr. Macías faces a three-year prison sentence, as well as 60,000 euros, about $67,800, in moral damages claimed by his former union. 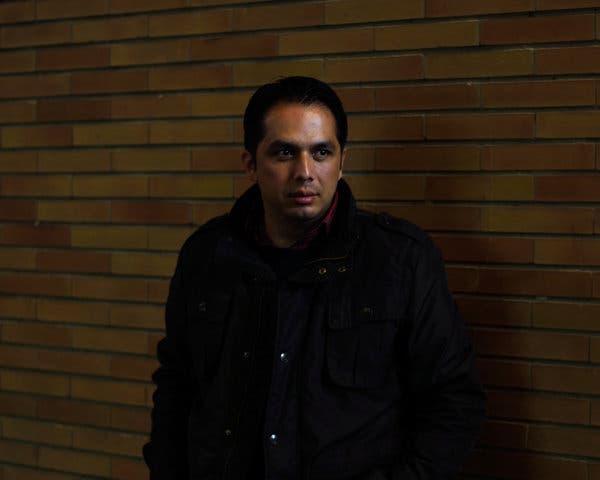 Roberto Macías faces prison on charges that he stole files that uncovered fraud at a major labor union.CreditSamuel Aranda for The New York Times

The regional government, meanwhile, has accused the union of misspending at least 1.8 million euros in public money allocated for unemployed workers to pay for parties and gifts for union officials.

Mr. Macías, 36, denies any wrongdoing, saying he has cooperated with investigators. But he also described a descent toward economic ruin and continued harassment after he lost his union job in 2012.

“I’ve faced a witch hunt from an organization far more interested in punishing those who leaked documents than in trying to recover millions of wasted public funds and pursuing the officials who misspent that money,” Mr. Macías said.

The union would not comment on its latest court cases. But in an interview last year, Carmen Castilla, the secretary general of its Andalusia chapter, argued that both the alleged theft of documents and public money fraud should be prosecuted.

“If any presumed crime has happened, it should be dealt with by the judiciary — and presumed theft is a crime,” Ms. Castilla said.

Víctor Lapuente, an associate professor at the Quality of Government Institute of the University of Gothenburg in Sweden, said the response of the Spanish authorities to whistle-blowers was “the world upside down.”

“The resources have gone to protect the ones who want to hide information, not the ones filtering it,” Mr. Lapuente said.

While on sick leave, Ms. Garrido compiled a 300-page dossier on how the town of Boadilla awarded fraudulent contracts. She gave her findings to an organization called Manos Limpias, or Clean Hands, which then presented them to Spain’s national court as part of a broader corruption investigation.

The case turned into a major scandal for Mr. Rajoy’s Popular Party, involving several conservative mayors and officials who were indicted on charges of taking bribes from a network of businessmen led by Francisco Correa.

Ms. Garrido said Manos Limpias had disclosed her identity without her consent. Underlining endemic corruption in Spain, Manos Limpias was recently put under investigation, after it was accused of blackmailing potentially fraudulent officials in return for dropping charges against them.

In mid-2011, Ms. Garrido returned to work at the town hall, but the job lasted only a few months. Boadilla’s new mayor and administration, she said, are “simply determined to make me pay.”

The harassment went as far as “death threats and trying to drive me off the road,” she claimed. She left and sued the town hall for harassment, winning her case before a court in Madrid.

Boadilla’s new administration has rejected Ms. Garrido’s claims and is appealing the harassment ruling before the Supreme Court.

Susana Sánchez-Campos Guerrero, a town hall official, said Ms. Garrido should not be singled out as a special whistle-blower — another 15 officials ended up providing court evidence over the fraudulent public contracts — but instead as the only one who was involved in a labor dispute with Boadilla’s town hall. Ms. Sánchez-Campos Guerrero also disputed Ms. Garrido’s claims about her property assets and the reasons that her finances deteriorated.

“Ana Garrido said she became financially ruined because she denounced corruption, but the fact is that she herself asked to end her contract,” Ms. Sánchez-Campos Guerrero said.

Ms. Garrido sees the accusations against her as further evidence of why whistle-blowing is a lost cause in Spain.

“I once had a normal job and life, but once you denounce, you should get ready for a nightmare,” she said. “It’s a situation that I could never have endured if I also had children to look after.”