Europe's forgotten war: The Georgia-Russia conflict explained a decade on

Europe's forgotten war: The Georgia-Russia conflict explained a decade on 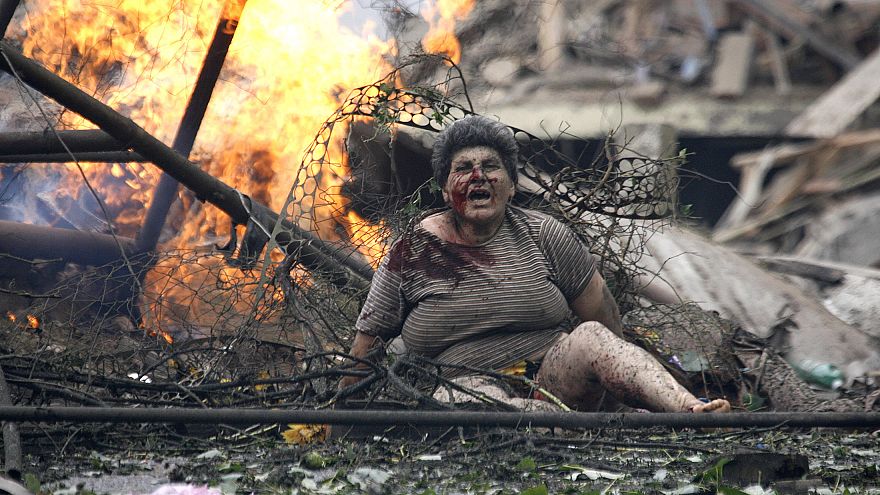 Moscow’s annexation of Crimea may have been prevented if Europe and others had ‘reacted adequately’ to Russia’s war with Georgia a decade ago, it’s been claimed.

Expert George Mchedlishvili told Euronews that by forgiving Russia, the west had emboldened it ahead of the conflict in Ukraine.

The deadly five-day conflict, fought over Georgia’s separatist regions South Ossetia and Abkhazia, erupted on the night of August 7-8, 2008.

Here we explain the roots of the war, the impact it’s had over the last decade and prospects for the future.

What’s the background to the conflict?

South Ossetians were accused of siding with the Kremlin after the Red Army invaded Georgia in the early 1920s.

As a result, it ended up as an autonomous region within Soviet Georgia, with North Ossetia, on the other side of the Caucasus Mountains, part of Russia.

Fast forward to the early 1990s, when the break-up of the Soviet Union saw Georgia gain independence from Moscow.

The subsequent coming to power of Georgian nationalist Zviad Gamsakhurdia helped stoke separatist sentiment in South Ossetia and after flashes of violence it claimed independence from Georgia in 1992.

Others say powerful figures within the Russian military, annoyed at the breakup of the Soviet Union, encouraged South Ossetians to rise-up in order to weaken Georgia and get revenge for its departure.

After three years of sporadic violence, Russia, South Ossetia and Georgia signed a ceasefire agreement in 1992 that saw a three-way peacekeeping force installed.

That brought relative peace up to the election in 2004 of President Mikhail Saakashvili, who wanted to bring South Ossetia back into the fold. That idea, however, was dismissed two years later by South Ossetians in a referendum.

How did the war come about?

Georgia was angered by Russia strengthening ties with South Ossetia in April 2008, while Moscow did not like Tbilisi’s ambition of joining NATO and the European Union.

By the summer, both were accusing each other of a military build-up.

Fighting broke out between Georgian troops and separatist forces in early August 2008 but it was the launching of a concerted air and ground campaign by Georgia on South Ossetia's main city, Tskhinvali, that sparked the conflict on the evening of August 7-8.

Russia’s tanks then entered South Ossetia on the pretext of coming to the aid of its citizens — many Ossetians hold Russian passports.

Within days, Russia had established control, pushed the Georgians out of South Ossetia and even attacked the suburbs of Tbilisi. 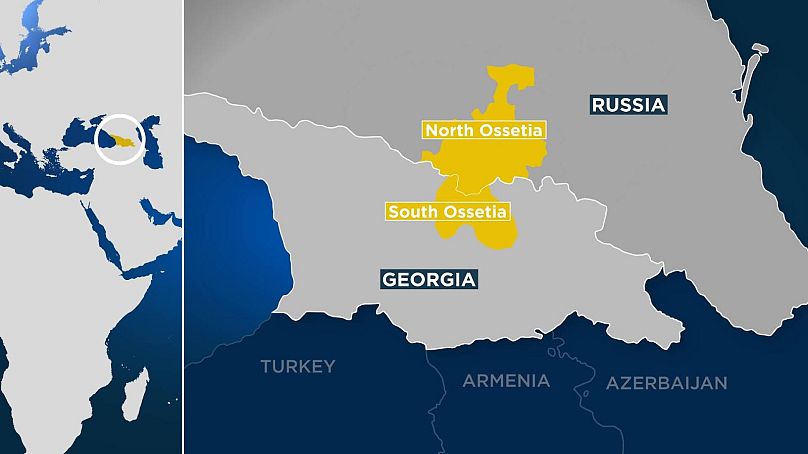 How many people were killed?

At the end of the five-day war, 800 lives had been lost, according to an official EU fact-finding mission.

Human Rights Watch said forces on all sides “committed numerous violations of the laws of war” during the conflict.

Its report, published in 2009, also claimed that in the days after Tbilisi withdrew its troops, South Ossetian forces “deliberately and systematically destroyed ethnic Georgian villages”.

Meanwhile an independent EU-commissioned report, also from 2009, found Georgia started the conflict with Russia but that Moscow was behind a long history of provocation and reacted disproportionately.

What happened in the war’s aftermath?

After a ceasefire was negotiated on August 12, 2008, Russia recognised the independence of South Ossetia and another region, Abkhazia. But it was one of just a few countries in the world to do so.

Diplomatic ties between Tbilisi and Moscow — whose troops were later pulled out of Georgia but remained in the separatist regions — were cut.

What was the impact of war on Georgia and South Ossetia?

“The party that lost the most as a result of the conflict was South Ossetia,” said Mchedlishvili, an expert on Georgia from the Chatham House think tank. “Economically, it is a very depressed area now.

“Now they totally rely on funding from Russia, but because of corruption, Russia’s money doesn’t trickle down to the population.”

But while Georgia’s economy might be doing better than South Ossetia’s, it took retrograde steps politically in the aftermath of the war, according to Mchedlishvili.

“There was still significant negative consequences of the war for domestic politics,” he said. “Because of discontent about how the war was handled, the Georgian leadership became far more intolerant towards any dissent on the pretext they had to protect the security of the country.

“It weakened and pretty much eviscerated any political dialogue and opposition became marginalised.

“It was an unpleasant phenomenon where anyone who criticised Saakashvili’s government were accused of being Russian agents or playing into Russia’s hands.”

The conflict also turned Georgia away from Russia and towards the European Union, with whom it signed an association agreement in 2014. The country has yet to formally request full membership.

What was the impact of the war on Russia?

“Russia showed that it can break international law, invade other countries and get away with it, something it repeated in Ukraine with much greater consequences,” said Max Fras, a visiting fellow at the London School of Economics’ European Institute.

“I believe, had the west reacted adequately to the occupation of South Ossetia back in 2008, Crimea and the war in Ukraine might not have happened,” he said. “Very unfortunately one can say the west forgave Russia its brutal conduct in Georgia.”

What are the chances the conflict will flare up again?

Mchedlishvili said although there are regular kidnappings — and an alleged murder — of Georgians around the border with South Ossetia, the risk of the conflict reigniting between Moscow and Tbilisi was low.

“A flaring up is very unlikely, all the triggers are in Russia's hands,” said Dr Fras. “Georgia is not interested in any escalation.

“But Russia may use South Ossetia's ‘borderisation’ — creeping annexation of Georgia — to stoke tensions and influence Georgian politics and society.

“Yet most Georgians are still critical of Russian government but people to people relations remain strong, Russian tourists are now among largest groups in Georgia.”