‘Upsetting and scary for everyone:’ Russian with gun robs bank on remote Arctic archipelago Svalbard 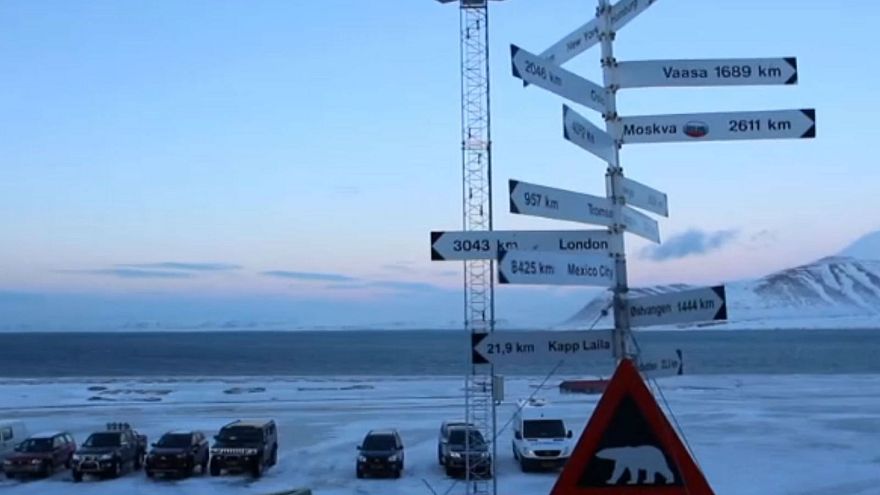 The first bank heist on the remote archipelago of Svalbard in the Arctic took place on Friday and led to the arrest of a man, 29, authorities said.

The Governor of Svalbard's office said the man had a gun and seized cash from the bank in Longyearbyen. He was arrested 30 minutes later.

It is believed to be the first incident of its kind in the Norwegian territory, Terje Carlsen, a spokesperson of the governor said.

“A man with a gun seized a sum of money."

Carlsen added the robber was a Russian visitor to the area who legally rented a rifle. The suspect will now be sent to the town Tromso - in mainland Norway - where the case will be investigated.

Longyearbyen mayor Arild Olsen said the incident was "upsetting and scary for everyone," especially those on duty at the bank at the time of the incident.

"Of all things, a robbery was very far down on the list of possible incidents here with us in Longyearbyen," Olsen said.

Mark Sabbatini, a resident on the island told Euronews that just about everyone in Svalbard spoke of the incident after it happened.

"The majority of the initial reaction was basically - what was he thinking?" he said.

Sabbatini added that while the robber was caught quickly, the situation could have been more serious as students at the one school on Longyearbyen had started leaving for the day before the headmaster called them back in for safety. "The suspect was at large," Sabbatini said.

Longyearbyen is the world's northernmost settlement and has about 2,000 residents. The small town is located about 1,300km from the north pole.

Svalbard Governor Kjerstin Askholt said: "The incident shows that we in Svalbard, unfortunately, are no longer spared for criminal acts that we have so far only seen on the mainland. The crime scene is in the process of changing in pace with societal developments elsewhere in Svalbard."