Why Calls to Boycott ‘Mulan’ Over Concerns About China Are Growing

The latest backlash over Disney’s remake of the movie centers on how it was partly filmed in Xinjiang, where Uighurs live under repression. 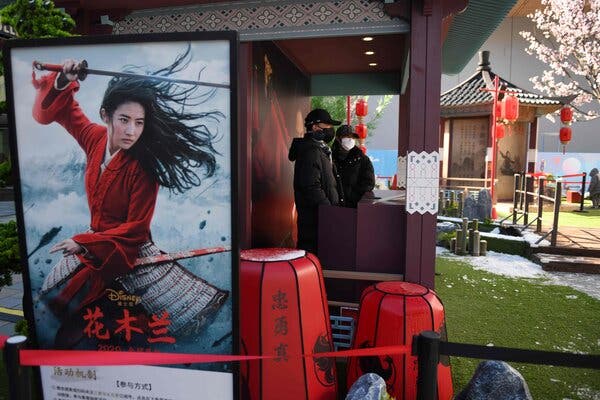 By Amy Qin and Edward Wong

Disney’s live-action remake of “Mulan” has drawn a fresh wave of criticism for being filmed partly in Xinjiang, the region in China where Uighur Muslims have been detained in mass internment camps.

The outcry, which has spread to include U.S. lawmakers, was the latest example of how the new film, released on Disney+ over the weekend, has become a magnet for anger over the Chinese Communist Party’s policies promoting nationalism and ethnic Han chauvinism.

It began blowing up again on Monday, when several social media users noticed that in the film’s credits, Disney thanked eight government entities in Xinjiang, a region in China’s Far West that is home to the Uighurs. The predominantly Muslim, Turkic-speaking ethnic minority have lived for years under increasingly expansive surveillance and repression in the region.

The entities mentioned in the movie’s credits included the police bureau in Turpan, an ancient Silk Road city in eastern Xinjiang that has a large Uighur population. Last October, the Trump administration placed that bureau and other police organizations in Xinjiang on a blacklist that forbids U.S. companies to sell or supply products to them. It was not immediately clear on Tuesday whether U.S. officials would scrutinize Disney’s work with government agencies in Xinjiang.

American politicians began firing off fiery missives against Disney. Representative Mike Gallagher, Republican of Wisconsin, wrote on Twitter that “while the CCP is committing crimes against humanity in Xinjiang, @Disney thanked four of the propaganda departments that are lying to the world about these crimes. It also thanked the Turpan Public Security Bureau, which is on the entity list for its role in these atrocities.”

Politicians from both parties are strongly criticizing China over a range of issues in the run-up to the November elections.

The film was already coming under fire months ago, facing calls for a boycott by supporters of the Hong Kong antigovernment protests after the movie’s star, Liu Yifei, said she backed the city’s police, who have been criticized for their use of force against pro-democracy demonstrators.

Last month, as Disney ramped up promotion for the new film, supporters of the Hong Kong protests anointed Agnes Chow, a prominent democracy activist who was recently arrested under the territory’s new national security law, as their own, “real” Mulan.

The criticism of the movie this week also points to broader concerns about China’s aggressive efforts to assimilate minorities, leading to rapid cultural erosion.

Such fears drove protests last week that erupted in China’s northern Inner Mongolia region over a new education policy that would reduce the teaching of the Mongolian language in local schools in favor of Chinese, the language used by the dominant Han ethnic majority.

Rayhan Asat, an ethnic Uighur lawyer in Washington whose younger brother, Ekpar Asat, has been imprisoned in Xinjiang, said in an interview that Disney giving credit to Xinjiang government agencies “runs counter to the ideals of those in the artistic, business and entertainment communities.”

“Devastatingly, Disney’s support amounts to collaboration and enables repression,” she added. “Those who claim to champion freedom in the world cannot afford to ignore such complicity.”

The details of Disney’s partnership with the authorities in Xinjiang are unclear. The company did not respond to an emailed request for comment on Tuesday morning. Calls to the regional and local propaganda departments in Xinjiang and Turpan on Tuesday also went unanswered.

“Mulan” is scheduled to be released in theaters in China on Friday. But the timing of the preproduction and the filming suggests that the cast and crew may have been in Xinjiang after the government expanded its crackdown in the region in 2017.

Production for the movie, which is about a Chinese folk heroine who disguises herself as a man to stand in for her ailing father in the army, reportedly began in 2018, with filming taking place mostly in China and New Zealand.

The Chinese Communist Party has rejected international criticism of the internment camps in Xinjiang and has described them as job-training centers that are necessary to fight Islamic extremism. But leaked documents and testimonies by former detainees have described a ruthless and coercive environment in which physical and verbal abuse, as well as grinding indoctrination sessions, is widespread.

Human rights activists and legal scholars have called the crackdown in Xinjiang the worst collective human rights abuse in China in decades.

Grant Major, the film’s production designer, recently told Architectural Digest that the production team spent months in and around Xinjiang to do research before filming. In September 2017, Niki Caro, the film’s director, posted a photo of a vast desert landscape on her Instagram with the location marked as “Asia/Urumqi.” Urumqi is the capital of Xinjiang.

The area surrounding Turpan, in addition to being known for its rugged landscapes, is also the site of a number of detention camps. That includes the earliest documented case of what China has called “transformation through education” targeting Muslims, from August 2013, said Adrian Zenz, a researcher at the Victims of Communism Memorial Foundation in Washington who has studied Chinese policies toward the Uighurs.

In 2016, Zhu Hailun, a former deputy party secretary in Xinjiang, inspected Turpan’s “centralized re-education de-extremification” work, which Mr. Zenz said was an indication that “the region was an early leading example of such work.” Mr. Zhu was one of a group of Chinese officials sanctioned by the Trump administration in July for human rights abuses in Xinjiang.

“This film was undertaken with the assistance of the Chinese police while at the same time these police were committing crimes against the Uighur people in Turpan,” said Tahir Imin, a Uighur activist based in Washington. “Every big company in America needs to think about whether their business is helping the Chinese government oppress the Uighur people.”

Disney, which has long eyed China’s booming box office and growing middle class, has a history of running into political sensitivities in China. In 1996, the company was shut out of China’s film market after it angered officials with its backing of “Kundun,” Martin Scorsese’s 1997 film that is seen to be sympathetic to the Dalai Lama. In 2016, C. Robert Cargill, a screenwriter on “Doctor Strange,” said filmmakers had decided to scrub a central character of his Tibetan origins out of fear of treading on the Chinese government’s position on Tibet and its continuing efforts to control the region. 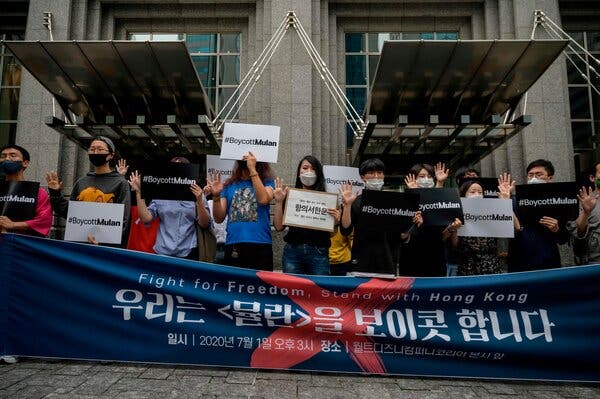 The release of Disney’s original “Mulan” animated film from 1998 was delayed for a year as a result of Beijing punishing the company over “Kundun.” It was not until Disney bought the foreign distribution rights to two Chinese feature films, hired a Chinese performance troupe to participate in the European release of “Mulan” and floated the idea of opening a theme park in the country that Chinese officials finally approved the release of the film in February 1999. Later that year, Disney announced plans to build a park in Hong Kong.

The animated version of “Mulan” prompted criticism at the time from Mike Pence, a staunch conservative who is Mr. Trump’s vice-president. Then a radio talk show host in Indiana, he wrote an op-ed on his program’s website that denounced the depiction of a capable woman warrior, saying it was Disney’s attempt to influence the debate over the role of women in the U.S. military.

“I suspect that some mischievous liberal at Disney assumes that Mulan’s story will cause a quiet change in the next generation’s attitude about women in combat and they just might be right,” he wrote in the piece, which had the headline, “Women in the Mulan Military.”

Last year, Mr. Pence criticized American companies for trying to silence speech in order to maintain access to the Chinese market. He accused Nike of checking its “conscience at the door” and owners and players in the N.B.A. of “siding with the Chinese Communist Party” by suppressing support for the pro-democracy movement in Hong Kong.

In July, an ESPN investigation described reports of abuse of young players at the National Basketball Association’s player-development training camps in China, including in Xinjiang. After the investigation was published, the N.B.A. acknowledged for the first time that it had ended its relationship with the Xinjiang academy more than a year earlier, but declined to say whether human rights had been a factor.

On Monday, calls to boycott “Mulan” began growing on social media. Among the critics was Joshua Wong, a prominent Hong Kong pro-democracy activist, who accused Disney of bowing to pressure from Beijing. Supporters in Thailand and Taiwan had also urged a boycott of the movie, citing concerns about China’s growing influence in the region.

Disney in China and Backlash Over ‘Mulan’
After Agnes Chow Is Arrested in Hong Kong, a ‘Mulan’ Meme Is Born
Aug. 13, 2020 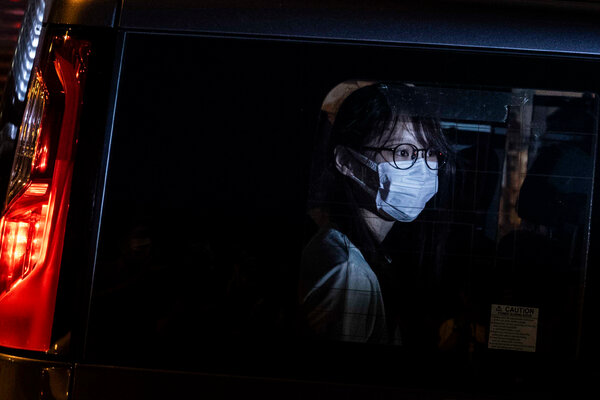 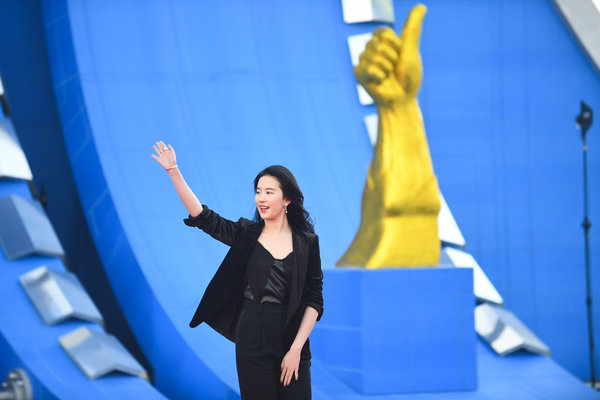 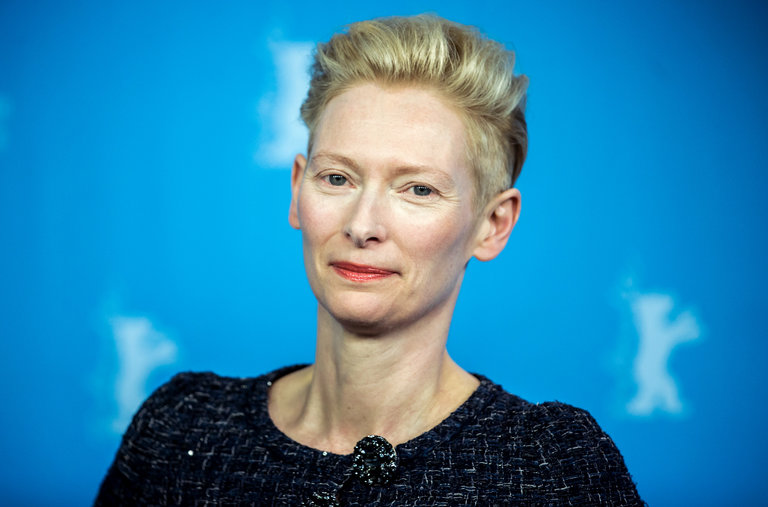 Amy Qin is an international correspondent for The New York Times covering the intersection of culture, politics and society in China. @amyyqin

Edward Wong is a diplomatic and international correspondent who has reported for The Times for more than 20 years, 13 from Iraq and China. He received a Livingston Award and was on a team of Pulitzer Prize finalists for Iraq War coverage. He has been a Nieman Fellow at Harvard and a Ferris Professor of Journalism at Princeton. @ewong